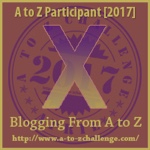 Okay, it's a bit dubious, but if there is any spy-related thing beginning with X I haven't found it. I've done pretty well so far, so please forgive me for cheating a little!

So, in this post, I'm doing a few more "Did You know?" snippets, things that didn't make it into the posts themselves.

Spies in the Bible!

Well, the one we all know is the story of Joshua's spies who sneaked into Canaan ahead of his armies. The Israelistes had been out in the desert for a long time. The first lot of spies came back with a report saying it was full of "giants" and no, Joshua sir, not a good idea to go. The second lot came back with that famous line about "a land flowing with milk and honey" and some fruit to prove it. There's an Israeli wine with a logo showing two men carrying a huge bunch of grapes between them like a souvenir of the hunt.

In Jericho, there was a woman called Rahab, who hid the Israelite spies from the watch, then asked for her family to be spared when the Israelites arrived. They agreed and, in fact, she got to marry Joshua, though I don't imagine anyone quite trusted her again.

There are plenty more stories, especially from the time of David, but we'll move on.

In an earlier post, I mentioned Aphra Behn, the spy who started writing plays and books when she got home because she was broke, not having been paid, and turned out to be a huge bestseller. I also mentioned the inspiration Ian Fleming got from real-life spy Dusko Popov.

They were not the only ones. Recently, we've read that Ernest Hemingway was a not-too-successful spy for the KGB; he should have stuck to his writing.

Have you ever read Robinson Crusoe? The author, Daniel Defoe, was known as the Father of the British Secret Service. His spying was mostly to do with the Union of England and Scotland, against the Jacobites. He was in trouble several times, over the Monmouth Rebellion, in which he picked the wrong side, over debt and then over a satirical pamphłet, but eventually he put forward a proposal for a secret service, which he would run, and he travelled England as a merchant called Alexander Goldsmith. Really, he deserves a post to himself, but he isn't getting one this time.

Christopher Marlowe, an Elizabethan playwright, was almost certainly one of Francis Walsingham's agents, but after Walsingham died, so did he, supposedly over the bill in an "ordinary", a sort of pub run out of a house. The theory is that he knew things that he shouldn't. In any case, his killer, one Ingram Frizer, was never punished for it.

"Crazy Bet" Van Lew was a Quaker in the South during the American Civil War. She lived in Richmond, Viginia. Her sympathies were with the North. She pretended to be mad and asked one of her freed slaves, Mary Bowser, to work at the Southern White House, for President Jeff Davis, and listen in. A network of couriers took her information North, coded or in invisible ink. Mary Bowser got the information to her in hollow eggs.

As we know, the North won the war, but Crazy Bet was not a winner. She was considered a traitor and made the mistake of staying in Richmond. Not a good idea.

Belle Boyd spied for the South. She got away with it because nobody thought a woman would do that sort of thing. They kept releasing her. An event in her life, when she shot a Northern soldier who tried breaking into her mother's home inspired a scene in Gone With The Wind. She ended up marrying a Northern soldier she met when her ship to Europe was captured and settling in England with him. Unfortunately he died only a year later. She made her living telling her story.

Hope you enjoyed these bits and pieces! All except Hemingway and the Biblical spies appeared in my book Your Cat Could Be A Spy.

The pictures of Daniel Defoe and Belle Boyd are both public domain.
.

Posted by Sue Bursztynski at 2:57 PM

Ah, well, Don Adams did Inspector Gadget, so why not?

Hmm. Xray vision would be a useful thing for spies I would imagine. Yes, I've read Robinson Crusoe and watched the film. X is for What's Your Blog's EXciting X Factor? as you Build a Better Blog. #atozchallenge+

Hi Sue - those are Xtra special Xtras ... how fascinating - lots I didn't know as it happened in the Sates .. clever - cheers Hilary

When you read Robinson Crusoe, Shirley, I bet you didn't think of the author as the Father of the British Secret Service! :)

Hilary, glad to hear you learned something new. I hadn't heard of the American spies either until I researched and wrote about them back in 2006.

Spies are a fascinating topic. I loved your history tales, especially the mention of Ernest Hemingway being a Russian spy. Who knew? Have a great weekend!

Thanks, Lexa! The Hemingway thing is recent information. Someone mentioned it in a comment and I looked it up. Amazing!

I had no idea Dafoe was the Father of the British Secret Service! That's wild.

Sue, thank you so VERY much for visiting my blog and telling me about the 'Followers option'. I didn't have it on because I didn't know how to make it show up. But, after you asked about it, I googled it and I added it to my blog!

Shawna, yes, it's always interesting to learn more stuff about people famous for one thing!

Julie, I'm heading across to your blog right now. Your list won't be short for long.

I can't remember now-- was the scene with shooting a soldier in Gone with the Wind also in the book, or only in the movie? It's been a few years since I indulged in either.

I can't remember either. This was all stuff I learned in my research when I was looking up stuff for my book. But it's interesting. :-)