I Is For... Interesting Spy Bits And Pieces: A To Z Challenge 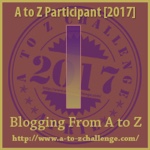 I couldn't find any spies whose names began with "I", and "invisible ink", which is in my book, just doesn't cut it.

So, instead, I'm sharing with you some interesting stuff that would have been under "Did you know?" in a book of mine. And some that I would have liked to give their own posts, but chose another topic under that letter.

Did you know... Giacomo Casanova was, among other things, a spy for Venice. Yes, that Casanova, the famous lover. Who was also, late in life, a librarian. (Yay, Giacomo! Librarians rock!) We don't know a lot about it, because he began spying after his autobiography finishes, but he did spy. I have a soft spot for Casanova. He was no Don Juan, more of a serial monogamist. He actually liked  - and respected - women. They liked him.

Did you know... Julius Caesar employed spies, including one who handed him a report with a list of the conspirators minutes before he was assassinated - and he didn't read it! What a waste of money, eh?

Actually, Ancient Rome was just full of spies. It was a spy paradise. And the secret service, from the time of Hadrian, was run by the legions' quartermasters - yes, you read right. They were known as frumentarii, wheat collectors, who had to pick up wheat and other supplies from the locals in whatever province their legion was in. How better to pick up information and who better to do it than the men who had to go here and there collecting supplies?

Did you know... King Alfred of Wessex, the one who is supposed to have burned the cakes, is said to have spied on the Danish enemy at one time. He could play the harp well enough to perform and harp music was a regular part of life in a lord's hall. So he entered the enemy camp disguised as a musician and, while he played and sang, listened in to enemy plans.

History and legend are overflowing with spies and spying!

Posted by Sue Bursztynski at 4:28 AM

I love how the best spies are those who are supposed to be in a place, but are considered part of the background.

I had no idea Casanova was a spy. I knew you couldn't swing a cat in the Roman Empire without hitting a spy, but I didn't how they operated.

Fascinating stuff. Looks like Caesar should have taken more time to read his reports!

Heidi, agreed! Spies and assassins shoułd be part of the wallpaper - it's why fiction with dazzlingly beautiful women being the world's top assassins irritates me. (Throne Of Glass, I'm looking at you...)

Shawna, yes, it's an unusual method of doing your spying to have army quartermasters do it, but logical when you think about it. They travelled around and could communicate easily.

Nick, definitely! I think he would have read a report if he'd been on the battlefield. Probably he was so excited that he was going to be made a king that he couldn't be bothered looking. Silly man!

Fascinating! I'm really enjoying your blog!
Build A Better Blog: I is for Interesting Images. #AtoZchallenge.

I didn't know any of these things, but am not surprised by all the spies.

I is for Illuminati

Hi Sue - I didn't know half of those - but I want to write about Casanova sometime ... I came across a fascinating snippet that needs some enhancing before I can put a post up ...