R Is For Roman Espionage 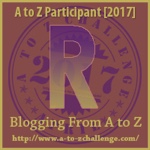 In an earlier post, I mentioned the Romans and their spying methods, such as the frumentarii, supply sergeants who were a useful source of intelligence, and Julius Caesar's private spy network, which brought him a list of the assassins moments before he was killed, a list he didn't read.

I felt that Roman spying deserved its own post - besides, it was that or the Rosenbergs and I found that topic too depressing for me.

The Romans were big on winning by fighting - and they were very good at it, as we all know. Before they started conquering other countries, they began at home, with the other nations located on the Italian peninsula.

And what does an army need? Good intelligence gathering, of course! Roman scouts did a good job of finding out what was needed, but there were other methods. There were the frumentarii, of course, who worked for the army, collecting wheat for the soldiers and information for their commanders while they were about it. I believe they were involved in tracking down Christians during the persecutions; fortunately, the Christians had their own information-gathering networks. But these came later, from about the reign of Hadrian onward.

During the Punic Wars, fought against Carthage, the Romans learned about spying from someone who really knew the job: Hannibal. His agents were good. They had to be; one unlucky spy who sent his army to the wrong city instead of one with a similar name, was crucified for his mistake. Whoops!

But Scipio Africanus, the Roman leader, had his own methods. In one case, he sent officers to an enemy camp to discuss a truce. They took along a bunch of "slaves", actually officers in disguise. One of them was an officer who might have been recognised and he needed the freedom to snoop around the camp. He was given a sound beating. The Numidians, whose camp it was, were never going to believe a man of standing would allow that sort of thing to be done to him, so they paid no attention. The so-called slaves were now free to poke their noses into the layout of the camp, numbers and such, while their colleagues were keeping the enemy talking.

Actually, the Romans had a lot of spies and spying, but not really anything that would correspond to MI6 or the CIA. This is because, apart from the agents working for the Emperors, there were a lot of private networks. Every highborn Marcus, Gaius and Gnaeus had his own people working to find out what was going on somewhere else and protect him. Some of them employed people to keep track of what was going on in their own homes! It was a messy system.

And even the ones who did work for the state had two jobs rather than a cover identity.  There were the above mentioned frumentarii, for example. Augustus started a postal and courier service that provided a chance to communicate vital secret information. I keep getting this vision of a postie carrying state secrets in his bag...

Did it work? Not really. It has been estimated that about seventy five per cent - three quarters - of Roman Emperors were assassinated.
Posted by Sue Bursztynski at 5:02 AM

Fascinating facts. Espionage is so exciting to read about - I always wonder what's going on in the spy's head.

To be honest,I think it would be a scary job. One slip and you're caught - and likely dead! But it's fun to read about.

Hi Sue - it's interesting and what you're saying makes perfect sense - the 'nobles' et al needed to know what was happening ... and if any horrors were about to happen - there must have been lots of spy networks ... love the 'beating' aspect - clever ... cheers Hilary

It says something that Scipio was the one who defeated Hannibal!

Those emperors must have suffered from paranoia a lot - a precarious position indeed!

Oh, they did, Nick! But as someone said, just because you're paranoic doesn't mean they aren't out to get you! And judging by the percentage of Emperors who were murdered, they had good reason to suffer paranoia. :)

Its a messy business indeed.

A Piece of Uganda

It makes sense they needed a network of spies to keep track of everything, but as you point out, it didn't do much good for the emperors, whose lives were constantly on the line. A 75% assassination rate is high!

Very messy, Moon! And as you say, Sharon... I wonder, though, if they weren't all as careless as Julius Caesar? If he'd taken five minutes to read his spy report, there might have been a King Julius - or at least an Emperor Julius!