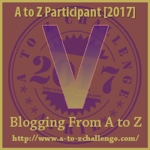 You may have heard the saying: "Set a thief to catch a thief"?

Eugene Francois Vidocq, now known as the father of modern criminology, began as a thief and a con artist. When he began his group of undercover agents in Paris, the men he chose also had criminal backgrounds.

Born in Arras, France, in 1775, the son of a wealthy baker and corn dealer, Vidocq committed his first theft at thirteen, when he stole silver plate from his parents. It was not to be the only time he stole from them. Over the next few years he got into a lot of scrapes, even, at one time, stealing money to help him get to America. That voyage never happened. If it had, perhaps he would have founded a police department there instead. Or maybe he would have remained a crook.

Before he was out of his teens he had joined the army and fought in two major battles; the second one was fought after he had deserted one regiment and forged new records to allow him to join another!

I'll leave you to look up the details here, in Wikipedia.

Let's just say that Vidocq was a very naughty boy and spent a lot of time in prison - deservedly so - before 1809 when he decided he had had enough and offered to do some spying for the state. Oddly enough, he was doing his spying behind bars, serving a real sentence. For twenty-one months he was feeding information about unsolved mysteries to the authorities from his cell at La Force Prison in Paris, through a woman called Annette. As he couldn't get away with it forever, the police chief, Jean Henry, arranged for him to "escape."  The trouble was, he still had to act as an agent. He was too useful to be allowed to go free. He knew his way around the underworld. That helped him as a spy.

As head of the Surete, he trained his undercover agents in disguising themselves. Sometimes he went out in disguise himself. For eighteen years he worked for the police in a France which had constant changes - from Napoleon to Louis XVIII and then changes of King. His boss retired and he didn't get on well with the next. He even found himself facing serious charges from his previous life.

Finally, when he was fifty-two, he handed in his resignation. He tried life as an entrepreneur, founding a business which was a flop. The monarchy changed again and after handing over some useful information Vidocq was back in business, once more in charge of the Surete in 1832.

It didn't last. There was a general feeling of "once a crook, always a crook" and the pressure was on for him to resign. The Surete was re-established, criminal-free.

Now he started the world's first private detective agency, using ex-crooks as detectives. That might have worked, but questions were asked about his methods, which were dubious to say the least, if successful.

Eventually he retired and lived to be eighty-one.

You might be interested to know that some of France's top novelists, such as Balzac and Victor Hugo,  wrote him into their fiction. Balzac created a Vidocq character called Vautrin and Hugo used him in Les Miserables, with elements of him in both Jean Valjean and Javert - who would have thought it? The hero AND the villain inspired by the naughty boy from Arras who became a top undercover police agent!

By the way, a fantasy film, Vidocq, in which he was a character was made in 2001, with Gerard Depardieu in the role.

Posted by Sue Bursztynski at 4:27 PM

Wow, what a fascinating character. Reminds me of the modern day crook/con artist turned into a scam buster - in the film "Catch me if you can"
Maui Jungalow

Not surprising. Sometimes hackers are employed to check security - or for government work. Why not a man with links to the underworld - and willing to use methods regular police aren't, or don't even think of?

Now that's an amazing story and to think he started out as a thief and a con artist. Glad he was able to put his skill to "good" use in the end.

Hi Sue - as the others have said - what an interesting character and no wonder 'he was used' by Balzac and Hugo to depict characters in their books ... totally fascinating - I'm surprised someone hasn't made a film of him ... he's a name to remember ... cheers Hilary

That's a fascinating story. Thanks for sharing it with us. Visiting from #atozchallenge: V is for Virtue of Value as you Build a Better Blog

No movie bio, Hilary, but he does appear in a fantasy film with Gerard Depardieu, fighting a supernatural villain called The Alchemist! I haven't seen it, but it can't be completely awful if the hunky Gerard D is in it.

YOu were right. This is quite a story!

It is an amazing story. I didn't know it until I was looking fir something else. I immediately scrapped a much less interesting story I had planned for V.

What a fascinating story! His life certainly had its share of twists and turns.

Vidocq started a grand tradition of both law enforcement and private businesses hiring thieves and hackers to close the gaps in their security and better able to catch bad guys.

He certainly did, Shawna!