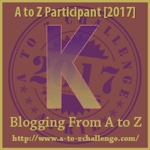 Soviet intelligence agency the KGB, an acronym for Komitet gosudarstvennoy bezopasnosti, Committee for State Security, was around from 1954 till the Soviet Union's collapse in the early 1990s. At that point, the KGB split up into a lot of smaller organisations. Recently, it has been suggested that Vladimir Putin, now President of Russia, is planning to reinstate it. He was a member in his youth and seems to have learned a lot from it. He was in East Germany when the Berlin Wall fell, and burned KGB files to keep protestors from getting them. (That was around the time when the Stasi, the German secret police, were shredding 16,000 sacks of their own documents. Apparently, 250 of those have been reconstructed by hand, but the rest will have to be done by computer technology or it could take 400 years!)

The golden days of KGB versus CIA were during the Cold War era, when both agencies were spying on each other's countries, whether it was wiring a cat for sound(the CIA) or presenting the U.S. embassy with a carved replica of the U.S. Great Seal that was bugged. The CIA's cat plan didn't work, by the way, while the bugged Great Seal remained in place for several years before anyone caught on.

Have you ever seen "Spy Vs Spy" in Mad Magazine? There were two cartoon spies, one wearing a black coat and hat and one in white, constantly tricking each other. That's what I think of when I think of the Cold War spying between USA and USSR. Not to mention "Boris and Natasha", those two Soviet spies who were the villains in the Rocky And Bullwinkle Show. Boris wore the black coat and hat of a cliched spy, Natasha wore a glamorous evening gown at all times(was she meant to be a honey trap?). Cliches, of course, but the idea had to come from somewhere.

Spying is a nasty game - and nobody plays nice. There was one incident in 1985 where Soviet diplomats were kidnapped by Hezbollah and held over a war in Syria where the USSR was on the "wrong" side. At first there were negotiations, but when a hostage was killed, the KGB kidnapped a relative of one of the Hezbollah leaders, dismembered him and sent some of the bits to his family, with a warning along the lines of, "We know who you are and where to find you.". The Soviet hostages were returned unharmed, without further discussion. Message taken.

Gadgets were used as much by the KGB as by the CIA. For example, there was the lipstick gun, mentioned in my post on gadgets, used in about 1965. It did a single shot, which you had to hope was enough.

There was the poison dart umbrella, one of which was used to kill a dissident Bulgarian journalist, Georgy Markov, in a London street in 1978. It was only a few days from when he felt a sting in his leg to when he died of ricin poisoning.

Smuggling microfilm was made easier for KGB agents by hollow coins and cuff links.

What about the KGB's disappearing ink pen, with ink that made a message disappear after a short time? That was developed in the 1950s. Believe it or not, you can buy them now on-line, presumably for kids to send notes in class, or for embroiderers to use for outlines. How has the mighty gadget fallen!

Tomorrow: L is for Hedy Lamarr, glamorous star and inventor of communications technology...

Posted by Sue Bursztynski at 3:29 PM

Hi, I enjoyed your fun and friendly perspective you bought to spying. The comparisons to cartoons shows how these often terrible aspects of life become part of our culture were great.

Thanks, Fran! Yes, it has indeed become a part of our culture. I think Mata Hari started the image of the glamorous female spy which is so common now. The man in the black coat and hat is another image.

I grew up in the Cold War and the CIA and KGB going at it on TV, in books and in the movies. I remember wondering what Hollywood would do after the USSR collapsed and the KGB was disbanded. They didn't seem to have much of a problem coming up with new tropes and material.

No, they definitely found new materials! Hollywood is never short of them. And they made historical films as well. I haven't seen the one about Enigma, but I heard that they gave credit for its decoding to the Americans instead of the British?

Nice! Always loved spies growing up, there was always something about them that just interested me. Especially the KGB, since there were "the bad guys"

Song a Day
K is for Kendrick Lamar

Yes, there were so many spy shows and films during the Cold War! And characters who were implied to be KGB agents were indeed the villains.

What and interesting yet fun post. I like how you related the real life to that of the media and how we seeing spying nowadays.
My A-Z theme is my Favourite Things and there's a bit of nostalgia today as K is for Kim Possible.

Thanks, Elena! Glad you liked it!

We have a lot of Russian spy jokes in Hungary. I guess it comes with the history...

Very interesting post. Wondering now if some of these methods would be effective with all of the security or airlines now. If you can't get to another country in secret (because you have, for example, a lipstick gun), how are you supposed to be an effective spy?

Fascinating post. I guess these days the spies sit back and watch each other via satellite.

K is for Kevlar—Gift From Aliens?

Definitely intrigued by the KGB. They were clever folk, maybe a match for the CIA.

What an interesting post! I didn't know anything about the KGB until I read your post. How quickly history is forgotten when not in living memory!

For Writers and Readers: K is for Kids

KGB... the name itself guarantees a lot of mystery, secrecy and something beyond reach of imagination of the ordinary people... and that made it all the more interesting!
Rekindling the memories of the KGB era gadgets made for the good read!
-------------------------
Anagha From Team MocktailMommies
Collage Of Life

A Tarkabarka Holgy, I can imagine some of those jokes!

Mandy, the lipstick gun might indeed be hard to get through security! But it was only an emergency thing anyway, with one shot.

Tamara, yes, tech has improved. A lot of the spying and sabotage is done by computer these days, unless you're doing assassination.

Jacqueline, definitely a match for the CIA!

Jen, yes, history is forgotten - or not taught, if inconvenient.

Anagha, glad you enjoyed it!

Hi Sue - loved this ... fascinating to read up ... cheers Hilary

http://positiveletters.blogspot.co.uk/2017/04/l-is-for-legendary-beasts-of-britain.html : you've been - sadly Nessie isn't a breed ... yet?!

We've been enjoying watching The Americans, a show set in the 1980s with secret KGB agents posing as Americans in the US. It's been fascinating. Maui Jungalow

I haven't heard of this show, Courtney.... I'm remembering the episode of Get Smart in which an enemy agent from KAOS sends his reports with a Russian accent, though, as a double agent in CONTROL, he speaks with an American accent. Then he appears, gun in hand, sneering at Max and 99 with a Russian accent. When asked why he suddenly has a Russian accent he replies indignantly that this is his correct accent, the American one was the wrong one! (Fortunately for them, he drops cigar ash in the carpet, triggering the neatness programming of Hymie the robot, whom he has reprogrammed to kill Max and 99. Hymie instead knocks him out...)