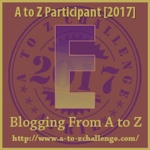 If you've ever read Terry Pratchett's novel Monstrous Regiment, you'll remember the fun he had with folk songs about girls who disguised as men to go to war, usually to find some sweetheart, tra la la... His heroine, Polly, is looking for her brother, not a sweetheart, and eventually discovers that, actually, everyone in her troop is a disguised woman! That includes the crusty old sergeant.

It might surprise you to learn that it happened in real life, quite a lot, including during the American Civil War. Maybe that's even why it turned up so much in folk songs? Harry Turtledove has a character in his alternative universe Civil War novel The Guns Of The South, Mollie Bean, aka Melvin, who may have been inspired by a real person. Well, he used some names, anyway, and developed them into his characters.

Sarah Emma Edmonds was a Canadian girl who had run away from home to avoid an arranged marriage and an unpleasant father. So once the Civil War began, she could decide on which side she preferred. She chose the North and, as a man called "Frank Thompson", joined the Union army, with which she fought until she desperately needed hospital treatment and went to a private civilian one to avoid being caught out as a woman. She had intended to return, but by the time she had recovered, "Frank Thompson" was in trouble for desertion. She did plenty more before the war was over, but the spying adventures I have in mind happened while she was being Frank Thompson.

As a Union spy in Virginia, she used a wig and skin dye to disguise herself as a black slave called Cuff. A black male slave. In this role, she was helping to build fortifications in Yorktown. When the dye began to run after rain, "Cuff" explained that "he" was turning white due to a white mother. They must have bought it, because she survived to carry back information she had picked up while carrying water around the camp. In fact, one night she was handed a gun. Apparently, there had been enough losses that the Southerners needed slaves to fight!

They really didn't get it, did they? But then, anyone who bought that line about turning white due to a white mother would also buy a bridge...

Sarah's adventures didn't end there. She did some nursing, including of a dying soldier who confessed to her that she was a woman and asked Sarah to bury her privately.

After the war, she married and had three children and, eventually,  got the desertion charges against "Frank Thompson" dropped. In fact, she applied for, and got, a war pension.

She must have had some amazing stories to tell the kids!

Tomorrow: F Is For Fictional Spies
Posted by Sue Bursztynski at 2:02 PM

What an amazing story to tell and what a woman! I am a Terry Pratchett fan too and I'm sure he probably came across this tale to inspire his too. Lovely to meet through the A-Z Challenge although I think I remember reading other posts by you in previous years and I'll certainly be back for more :) Special Teaching at Pempi’s Palace

Thanks for that! Very kind of you to say so. I'll be looking forward to reading your posts too.

It's amazing what you find in research. I'd never heard if this woman till I was researching for my book in spies, but she wasn't the only one by any means.

We have stories like this from Hungary too, from wars and revolutions. Also, I read a lot of Pratchett, but not that one yet, I'll have to give it a go :)

She got a pension! Way to go. This whole post reminded me of Disney's Mulan.

E is for Experiment: Turning the USS Eldridge Invisible

Not surprised to hear there were stories like this in Europe or anywhere. I sometimes wonder if, one day, it will become a folk tale motif, if it isn't already! Do read Monstrous Regiment! It's wonderful.

Tamara, I have to confess I've missed all the Disney films since Beauty And The Beast, but I think it was about a girl who went to war? And may have been based on a true story or at least an existing one? But it was common. Where there was war, there were wornen who wanted to join in.

What a fabulous story. Imagine what a screen writer could do with it. Thank you for your help with my technical illiteracy. And thank you, too, for introducing me to your blog. I am a Melbournite who moved to Phillip Island for semi-retirement, currently in London for a few years while my husband finishes his corporate career.

What a fabulous woman with courage and an adventurous spirit by the bucketload. I love that the authorities were after 'him' for deserting and would never be able to find him. Thanks for sharing.
Highlands Days of Fun

Wendy, I hadn't thought of it as a movie - interesting idea! Do make contact if you ever come back to Melbourne. Pamela, yes, it was an interesting situation, wasn't it? Glad you enjoyed the post.