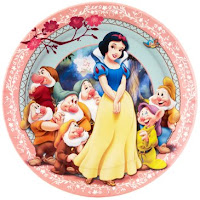 While I wait for the next guest post to arrive in my cyber-letterbox, here’s what was behind “Brothers”, my story in Mythic Resonance.

I’ve always loved re-told fairy tales anyway. To be honest, Snow White is not my favourite, but after a re-read of Lord of The Rings I started to think about Tolkien’s Dwarves as opposed to Grimm’s dwarfs. Tolkien gave his Dwarves a language, a culture and personalities; every one of them in The Hobbit is a person in his own right. Most of the short folk in Grimm’s fairy tales are presented in a negative way. They’re usually the villains or, if they help a hero or heroine, it’s for totally selfish reasons and the human concerned is considered perfectly entitled to trick them. The little men in Snow White are good guys, but not very interesting. Snow White is passive and keeps falling for the evil queen’s tricks, despite being warned. Then there’s the whole business of the glass coffin and the girl recovering when the poisoned apple comes out of her throat. I mean, come on!

What if, I wondered, the small men, far from being cutesy miners as in both Disney and the Grimm story, were warriors in exile? They would surely protect their charge rather than leaving her to be killed by her stepmother. 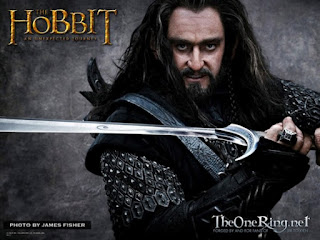 It was only going to work if she was a stronger character; I made her one. I also gave the stepmother a stronger motivation for attempting to kill her than vanity.

I set it in a fictional country, but in our world – there is a brief mention of Shakespeare.

It was after I’d written the story and was checking out the wonderful Surlalune web site recommended by Juliet Marillier that I discovered Snow White was a folk tale with a lot of versions in many different countries including some in Africa!

I guess you can’t keep a good theme down.
Posted by Sue Bursztynski at 4:08 AM

Tolkienesque Dwarves? Why didn't you say so before. :)

The book is available in e- format. Don't you LOVE the immediacy of buying an e- book? :-) There are lots more great stories in case you don't like mine. Go on, you know you want to... ;-)