Alan Baxter : Away With The Fairies 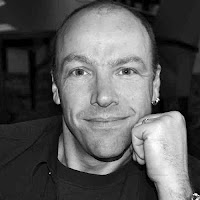 Clap if you believe in fairies! Sorry. They’re not Disney-cute sparkly beings, as any YA paranormal reader these days can tell you. Nor are they dignified like Galadriel. They’re scary, as I found many years ago while researching for my first book, on monsters and creatures of the night. Sometimes they’ll help out with the housework if you leave them food, but more often they will kidnap humans, whether knightly lovers for the Faerie Queen or children. In Mythic Resonance, Alan Baxter’s contribution is all about one such kidnap. Let him tell you about it.

My novels, RealmShift and MageSign, are very much based in religious mythology and explore the nature of belief and magic. Most of my short fiction draws at least in part on mythological themes. To be honest, I think it’s impossible to write in the speculative realm without touching on our mythic history. Culturally, we are informed not so much by our actual history, but by the stories we share regarding our history. And many of those stories are questionable when it comes to factual content after many generations of sharing. 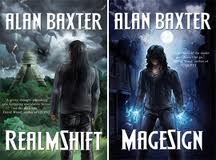 That’s the beauty of storytelling. We get licence to expand an event, real or imagined, into a parable of some kind. Ideally one in which the message is concealed by the beauty and transportive nature of the yarn itself. Through this kind of mythic storytelling we share our hopes and fears, our lessons and our warnings.

When I was writing for the Mythic Resonance anthology, I wanted to explore the fairy mythology. As with so many things, the heart of the mythology has been sanitised by the likes of Disney. Vampires, werewolves, fairies, even zombies, have been defanged or demonstered and seem to me to be ridiculous parodies of themselves.

Just like vampires should not be sparkling emo kids, but feral, nasty, animalistic creatures (as I explored in my story "Punishment Of The Sun" for the Dead Red Heart anthology), so fairies should be nasty, mean, capricious, mischievous sprites. The original stories of the fae folk were not yarns of pretty flying Tinkerbells with magic dust. They were stories of tricksters who stole children, committed murders with poison and hatred, played with human lives for sport.

When I decided to explore fairy mythology for this story, "The Everywhere And The Always", it was important to me that I explored that older, more malevolent aspect of fairy lore. The magic is dark and dangerous, just like the fairies themselves, and anyone who gets involved with them needs to watch out and will likely not come out of the experience unchanged. If they get out at all.

Hopefully my story is at least partly successful in investigating that territory. And remember, if you ever get an offer too good to refuse, ask yourself: Is this a real offer, or a fae one?

BIO: Alan Baxter is a British-Australian author living on the south coast of NSW, Australia. He writes dark fantasy, sci-fi and horror, rides a motorcycle and loves his dog. He also teaches Kung Fu. His contemporary dark fantasy novels, RealmShift and MageSign, are out through Gryphonwood Press, and his short fiction has appeared in a variety of journals and anthologies in Australia, the US, the UK and France, including the Year’s Best Australian Fantasy & Horror. Alan is also a freelance writer, penning reviews, feature articles and opinion. He’s a contributing editor and co-founder at Thirteen O’Clock, Australian Dark Fiction News & Reviews, and co-hosts Thrillercast, a thriller and genre fiction podcast. Read extracts from his novels, a novella and short stories at his website – www.alanbaxteronline.com – and feel free to tell him what you think. About anything.

Posted by Sue Bursztynski at 2:17 AM

I really enjoyed your story, Alan, as I did almost every single one that made it into Mythic Resonance. No two stories were alike, yet the common theme definitely welded the anthology into a cohesive whole.

I enjoyed it too, and I have loved all these guest posts that took us behind the scenes of a fabulous anthology. Well done to Alan and all the writers who took up my offer to post!