Les Zigomanis On The Fairy Tale Of Publication 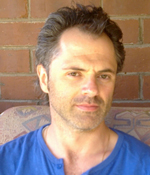 "Once upon a time there was a gifted young writer. She wrote a brilliant novel and submitted it to an agent, who got a bidding war going. Sixty publishers battled for the right to publish it. She was paid a huge advance and the book sold in the millions. She was invited to speak at every writer’s festival on the planet and was interviewed by Oprah. She lived happily ever after."

Well, it's nice to fantasise...
This is a new kind of fairy tale that doesn’t have a fairy godmother to wave a wand for you. Les Zigomanis, in his contribution to Mythic Resonance,"A Tale of Publication", writes of a would-be bestselling novelist for whom fairy tales aren’t real.
Take it away, Les!
When I was a goofy teenager (a longish time ago), I thought becoming a writer would inevitably translate into fame and success – probably because I was always reading best-selling authors at the time who were famous and successful.  But as I got older and became better acquainted with publishing, I learned the fairy tale of that notion, (although, obviously, it still does happen, so we can always live in hope).
"A Tale of Publication" was originally conceived as a school project years ago when I was studying Professional Writing & Editing.  I had the task of following the life of a book, from conception to publication, and initially drew up a flow chart.  Since I really didn’t like the idea of something just dry and straightforward, I created The Writer to take us through the journey.
He nurtured a lot of my initial attitudes – although I soon discovered they weren’t just my attitudes.  There were a lot of younger writers studying in the same Course I was who really believed they were going to become the next Stephanie Meyer.  It was a foregone conclusion to them.  It must be a rite of passage for writers to begin their writing-life deluded.   (You have to admire the aspiration, though.)
The original flow chart employed self-contained anecdotes, and I used a lot of my experiences (evil wife aside) as the basis for what happened, (right down to the toner running out of ink).  I saw, however, that the chart worked like an outline for a story.  It was the framework.  So I wrote, rewrote, and rewrote, until it had turned into a fully-fledged story.
Throughout, I tried to keep that fairy tale element.  It’s also the reason I thought it’d fit Mythic Resonance.  I think a lot (well, I hope a lot) of writers will be able to empathise with the frustrations The Writer experiences, but I also hope it’d be entertaining for people who have no knowledge about the industry.
Now I’m off to work on my best-seller …
Les Zigomanis is a freelance writer/editor (http://www.leszig.com/), and the chief editor of the annual fiction anthology, [untitled] (http://www.untitledonline.com.au/).  He’s had stories and articles published in a variety of journals, etc., and also had a couple of screenplays optioned in a past life.

Posted by Sue Bursztynski at 11:30 PM

I'm amazed at the wonderful variety of stories we gathered up for Mythic Resonance. Yours was chosen because it so well represented the kind of modern myths that we tell each other today. Write and Get Rich! Yeah, right.

Of course, there's another modern myth, about the writer starving in a garret.;-)