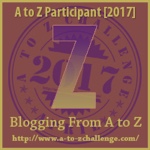 His actual name was Eddie Chapman. During World War II he became a spy and not, originally, for his own side. MI5 called him Zigzag.

Like some other spies I have written about in this challenge, Eddie was a petty crook and con artist before he became a spy - and, in his case, afterwards!

If you want to know the full details of his criminal career, I'll give you a link to the Wikipedia article. It's enough to say that he was in the Channel Islands, hiding out from a mainland sentence, when the Germans invaded. He had been jailed on the island of Jersey for a smaller crime than the one he was in trouble for on the mainland. While in jail, he was recruited by the Nazis and taken to France for training. The plan was to parachute him into England so he could sabotage the Havilland aircraft factory, but he dropped down a distance from the place and was caught. The British needed spies too, and instead of imprisonment he was recruited as a double agent.

They had to pretend his mission had been a success, of course, and damage was faked. According to Wikipedia the illusion of damage was created by stage magician Jasper Maskelyne. I wrote about him in my book Your Cat Could Be A Spy, but in recent years his achievements have been questioned, so I don't know how accurate that is. Still, it sounds good, and the Germans took photos, so something was certainly done to make it look convincing, and why not by Jasper Maskelyne?

Next, MI5 gave him a cover story for when his Nazi masters questioned him and made him practise his interrogation techniques. Unfortunately, the Germans refused to come and pick him up. He was told to make his own way back via Lisbon in Portugal. He did that, with MI5 support, contacting the German embassy, and to convince them he was on their side, suggested letting him plant a bomb on the English ship that had brought him. Of course, it didn't explode, but there was a pretend inspection of the ship when it got back, with the fake information being given to the Nazis.

After this, he was sent to teach at a Nazi spy school in Sweden, with a spy "handler", Baron Stephan Von Groning.

Talk about putting Dracula in charge of the blood bank... Even more interestingly, he was actually awarded a medal for his work as a Nazi spy!

Eddie was charming. People liked him, including his Abwehr handler, who stayed friends after the war  and came to his daughter's wedding years later, even knowing what he had done! He had two fiancées during the war, though he ditched them both when the time came and returned to his original fiancée, Betty Farmer.

In 1944, he was sent back to England to report on the effectiveness of the German bombings of London, and told them it was going well, though it wasn't as successful as they thought, so they kept bombing the wrong spots and not as much damage was done as might have been.

Of course, Eddie was still Eddie and went back to his life of crime in wartime England. MI5 had to dismiss him, though he was paid out quite well.

He and his wife set up a health farm. He must have done very well because they also owned a castle in Ireland. He lived till 1997.

A memoir he wrote about his wartime experiences was scrapped for a long time because of the Official Secrets Act, but a film, Triple Cross, was made, starring Christopher Plummer as Eddie Chapman. It would be fun to see a new version made now, when it doesn't matter any more. Who could play the role, do you think?

Here's my final post for this challenge - hope you enjoyed reading it as much as I enjoyed writing it, and thank you to those of you who commented! Do stop by again when I'm blogging about books!

Posted by Sue Bursztynski at 7:10 PM

Hi Sue - Agent ZigZag ... well that's a new one. I hadn't heard of his name - yet probably know of the film ... he certainly lived a life of interest ...great Z to finish on .. thanks - cheers Hilary

He is new to me too. Quite a character, wasn't he? I was actually going to finish with Zzzz... Sleeper agents when I stumbled across this one! Much more fun.

Zigzag is a perfect name for a double spy.

I believe he was called that because of his dual nature - crook and government spy.

And yet Betty still married him. Must have been really charming.

Betty was with him on that night in Jersey before he committed the robbery that got him the two-year sentence. They were out to dinner when it looked as if he was about to be caught for the other crimes and he leapt through a closed window!Ah, love!

Spies are hot aren't they. 007 is a perfect example.
If Betty is still with him, this guy must really be something.

Thank you for regularly dropping by my blog. Congrats on finishing the A to Z Challenge. Every post was wonderful

A to Z Reflections: Looking Back In Time

Sounds like a master of double dealing indeed! Fascinating stuff. Congrats on reaching the end of the Challenge.

Thanks, Dee Dee, congrats to you too! So glad you enjoyed my posts. As far as I know, Eddie and Betty spent their lives together, till he passed away in 1997. And they must have been comfortable together to be running a health farm. It says something about her that he gave up two other women, one of them a very attractive Swedish resistance fighter he met while pretending to be a Nazi, to return to her, even if it was not nice for them.

And thanks, Nick! Yes, he was a fascinating man indeed!

Intelligent and quite the actor. The spy life isn't for everyone!

Zigzag sounds like an apt name for a double agent. Love the tidbit of hiring a magician to provide illusory damage, whether or not it's actually true. I kind of wish they'd make a movie about that. ;)

Congrats on finishing the challenge!

A to Z 2017: Magical and Medicinal Herbs

They did make a movie with Christopher Plumner(see above). Apparently it wasn't very accurate. He was supposed to be there as a consultant, but he was wanted for some crime or other. ;-)