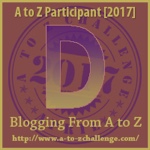 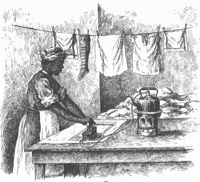 During the American Civil War, spying was common(at one point, all you had to do to find out what the other side was doing was to read the local newspapers!). Some of the top spies for the North were African Americans, both those who had escaped and those still in slavery. It even had a name, Black Dispatches. Southern slave owners who didn't think their chattels were human didn't think to avoid talking secret stuff in their presence. (Mitch Vane did a wonderful illustration for my book Your Cat Could Be A Spy in which a couple of white men are talking secrets. "Is it O.K to talk?" asks one. "Yes, there's nobody here," the other agrees...in the presence of several slaves.)

There were not too many spy couples, though. One slave couple, the Dabneys, escaped and joined a Union camp on the banks of the Rappahanock river in Virginia. Mr Dabney got a job in the camp and, while there, admired the telegraph system, asking for the details of how it worked. He and his wife put their heads together and came up with a simple but devious plan.

Soon after, Mrs Dabney announced that she was going to cross the river to Confederate territory, where there were military bigwigs and the woman she had previously worked for. She doesn't seem to have had much trouble, though it was a huge risk. She got a job as a laundress - even Generals need their clothes washed.

Finally, they asked him how he did it and he took them to a high spot where they could look across to the houses on the other side. He pointed at a cabin in the suburbs, where a line of washing hung. Each shirt, he told them, represented a different Confederate General. Its position on the line told you where that general was going. One shirt, pinned like a fish trap, said, "Fake plan! Trap!"

Yes, simple but cunning, this washing telegraph. If Mrs Dabney had been caught, that would have been the end of her, but who would think to stop discussing military plans just because the washerwoman has come in to collect the dirty clothes? And even if they did get suspicious of her for listening, what evidence did they have? Their drying clothes? She never left. She didn't even have to look across the river.

So the plot worked, and beautifully. Hats off to the Dabneys!

Anyone got any other stories about actions this clever?

Posted by Sue Bursztynski at 1:49 PM

Yes, I think it helped that the slaves were underestimated. But a brilliant and simple plot.

Brilliant. Those who wanted to keep slavery and discussed battle plans in front of their slaves as if they couldn't comprehend anything got what they deserved.

Haha! That was absolutely great! It's amazing how overlooked some people are.

Brilliant plan! Thanks for sharing. https://shirleycorder.com/determine/

I'm remembering a scene in the Christmas episode of Roots where one slave owner says, "My slaves would never run away at Christmas! They'd miss out on their presents."

No, they really didn't get it. Wait till you read my post on Letter E...

Love this one! I love reading about spies during the Civil War (and the Rev War too), the Confederate officers could be so clueless sometimes...they would send spies out, but then not believe the reports they brought back so disregard them, usually to their detriment. Union officers weren't always much smarter, though, so it's not a slur against the CSA, both sides were equally stupid when it came to actually listening to their spies' reports. One general was good friends with the head of the Pinkerton Detective Agency, who used his men as spies for their side (I don't remember know which side they were on---Union, I think?) and because he wanted to help his friend, he always told him their troops vastly outnumbered the other side's and other such nonsense---basically ignoring whatever information his men brought back and making stuff up, which always backfired on them, but looking good was more important to him than being accurate, even when being accurate was what they needed to save lives. Unbelievable, but true!

I think there were some African Americans working for Pinkerton. Yes, I have no doubt both sides did idiotic things, like publish in the newspapers what they were doing. They should have stuck to propaganda. ;)

What a great scheme, and one I'd never heard about, so thanks for sharing!
A-Z of Printmakers

Glad you enjoyed it, Anne!

This was an ingenious method hanging out the wash and alerting the army at the same time! Thanks for sharing!

Actually, I think the wash was for the purpose of communication! :-)