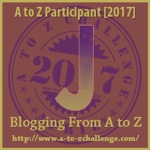 If you're a secret agent, chances are you have your own jargon, just like any other occupation - and it certainly comes up in films and TV shows about spies!

Here are some spy words which I found on the Spy Museum web site, as well as reading them both in fiction and non fiction. If you're interested, follow this link and read some more.

A is for agent of influence. It's his or her job to work for a foreign government to affect policy. (A good fictional example of this kind of agent is in the Get Smart episode "Hoo Done It?" in which we learn of an agent so good that he persuaded the Japanese government to attack Pearl Harbour so as not to blow his cover. Maybe a bit overdone, eh?)

B is for babysitter: a spy name for a bodyguard. I don't think I'd want that kind of babysitter for any children in my life... Or maybe it might be a good idea provided they could play games and put them to bed. Protection is good!

C is for Colossus: the world's first electronic computer, used to unravel German codes during World War II. I believe it was destroyed after the war, to preserve the secrets of Bletchley Park.

E is for Enigma: a machine the Germans used for encoding messages during World War II. The British broke the code by raiding an evacuated German sub and taking, not the machine, but the code book.

G is a good one - how about ghoul which is what you call someone whose job is to hunt up potential fake names for agents, using obituaries and cemeteries. That is, use the name of someone who is dead for your agent. Yuk!

H is for honey trap - the use of an agent whose job it is to find out things by seducing the person for information, or lure them into a trap.

L-Pill is a name for the suicide pill used by agents to kill themselves when necessary. Some suicide pills from fiction: in Get Smart, flavour of the month was strawberry. In Blackadder 3, the Scarlet Pimpernel had some concealed in a few disgusting places on his body, and they had some over-the-top symptoms before death... The most memorable for me, though, was the one in Dune, in which it's hidden in a tooth. Duke Leto, who has been captured by his enemies, crunches down on it and not only kills himself but the enemy bending over him, by breathing out a poisonous gas.

M is for mole: someone used by one organisation to penetrate another. (Does that Get Smart episode in which Max joins KAOS to find out what they're doing to CONTROL count as an example?)

N is for nursemaid: a Russian slang term for the official sent with a group to another country to make sure nobody defects. Judging by the number of defections from the Soviet Union over the years, it can't have been very effective!

R is for Raven: a male agent who does the seduction thing for information. The female version is Swallow(see honey trap for both)

S is for sleeper agent. They live and work in a country. They could be your next door neighbours or your workmates. Then... Something happens between their country and yours and they're activated to do the job they are really there for.

Enough for now! If you'd like more info, check out the link above.

Tomorrow: K is for KGB factoids

Posted by Sue Bursztynski at 2:38 PM

Thanks, Sandy! Nice to hear from you. Are you taking the Challenge or did you just find it in Twitter? Your profile seems to be private.

These are all a bit scary to think of. The poison in the tooth bothers me the most. Here you are eating your favorite meal, when...Oops...you forget about that one tooth, and over you go!

Chuckle! Yes, that would be a problem. As I recall, that poison pill tooth was installed while he was already captured, to help him escape what the enemy would do to him. He didn't already have it.

Yes, spying is not a game for nice, ordinary people. ;-)

Love learning this jargon. Did you know that Mick Jagger owns an Enigma machine?
From my 2014 A to Z
https://mholloway63.wordpress.com/2014/04/05/blogging-from-a-to-z-april-challenge-april-5th-enigma-machine/

No, I hadn't heard of that. I think we can learn something about celebrities by what they collect. What, I wonder, does this tell us about Mick?

Fascinating posts, learning about spydom. (Is that a word?) J is for Journaling as you Build a Better Blog. #AtoZchallenge.

Glad you're enjoying them!

Hi Sue - who'd have ever have guessed there'd be a Spy Museum website ... someone must have enjoyed putting it together. Interesting range of Jargon words ... clever J ...

Thanks for visiting my blog earlier ... cheers - Hilary

Wow, G really is a good one! Nice folklore reference...

Anagha, do let me know if you ever find a way to use the spy lingo for everyday life. I suppose some rich kid, stuck with a bodyguard, might complain, "I don't need a babysitter!"

Hilary, everyone has a web site these days and I believe you can actualły visit the Spy Museum - perhaps I'll slot that into my first visit to the U.S.

A Tarkabarka Holgy, I do know of your interest in folklore, and "ghoul" is one word that is used in everyday life, often for somebody who enjoys watching disgusting things.

Yo, this was a blast to read! I'll be sure to tune in tomorrow to see what else you have coming.

Song a Day
J is for J Cole

Glad you enjoyed it, Noah! In fact, my K post is already up.