F Is For Fictional Spies: A To Z Challenge 2017 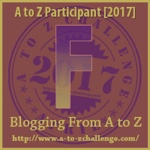 I have to be honest: I'm not all that familiar with James Bond. I have only seen a few of the films and read none of the books.
But you can't leave him out of a discussion of fictional spies, any more than you can leave Marie Curie out of an account of women scientists or Ned Kelly out of a history of Australian crime.
So, while I'm not that familiar with "Bond, James Bond" I have read Charlie Higson's wonderful Young James Bond YA series, set in the 1920s, when James is attending Eton. He doesn't spend a lot of time at school, actually, but gets out for adventures. The last novel in the series has an epilogue set in World War II, when he's a naval commander. Before that, he has adventures that reflect those of the secret agent he will be one day. There was, in each novel, a brave and beautiful girl who had the adventure with him. Charlie was kind enough to agree to an interview on this blog with one of my students, mostly about his YA zombie series, but I added a question about Young James Bond and those brave and beautiful girls. Were they, I asked, meant to be Bond Girls? Charlie said yes!
Still in YA, there is, of course, Alex Rider, brought up by his uncle, who turns out, after his violent death, to have been a secret agent. Alex is required to finish his mission or see his beloved American nanny/minder deported. He becomes an MI6 agent and has several more adventures. They're fun, though I don't think he's as nice a boy as the young James Bond from the Higson novels.
On TV in the 1960s, there were a number of spy shows. I'll just comment on two here, though I might mention more in my next post, on gadgets.
The Man From U.N.C.L.E was great fun. It was actually about two men, Napoleon Solo, played by Robert Vaughn, and his Russian partner, Ilya Kuryakin, played by David McCallum, working for an organisation called U.N.C.L.E (United Network Command for Law Enforcement). Their boss was Alexander Waverley, played by Leo G Carroll. They were fighting an evil organisation called T.H.R.U.S.H. I'm not sure what that stood for. Solo, the American, got all the girls, of course, though it was Ilya's photo that hung over this little black duck's bed! However, there was an episode in which Ilya got one girl and Mr Waverley got another, while Napoleon was left to mind the store for the weekend. Mr Waverley's "girl" was played by Anne Francis, who had played opposite Leo G Carroll in the ghost comedy Topper.
If U.N.C.L.E had fun with spy tropes,  Get Smart had fun with U.N.C.L.E. The names of the two organisations CONTROL and KAOS(geddit?) didn't stand for anything. The boss was just referred to as the Chief, though in one episode we did find out his first name when an old flame turned up and called him...Thaddeus?
The hero, Maxwell Smart, was a klutz who somehow managed to solve the mysteries and resolve the crises in each episode. He was not meant to be very bright, but some of his solutions suggested he was not quite as dumb as portrayed. Almost, but not entirely.
Max lived in a swish apartment full of gadgets to protect him from invaders, including a net, an invisible barrier, a club that came down on the head of an enemy when the soda siphon was used, even a spear on the staircase. He needed them, because somehow every villain seemed to know where he lived and how to get into his apartment. In one episode he asked someone how they had found him and got the answer,"I looked in the phone book." That was the only time I remember him asking.
Generic KAOS agents wore cliched black coats and hats, though the semi-regulars, such as Siegfried, didn't.
Max had a partner, the beautiful and intelligent Agent 99, whose name we never found out, even when her mother appeared. They eventually married and she went on working as an agent.
The series sent up not only the spy genre but many classic films, and Don Adams, who played the role of Smart, got to play Humphrey Bogart, Ronald Coleman and others. In one episode, where he had to moonlight as a PI due to budget cuts, he was visited by two Sydney Greenstreet and Peter Lorre lookalikes. The Peter Lorre character got to say, "No, I'm Sydney, he's Peter!"
My favourite spy series of all time!
Do you have a favourite!
Tomorrow: G Is For Gadgets
Posted by Sue Bursztynski at 5:09 AM

I'd forgotten about the James Bond YA series. I definitely need to read. My son read all of the Ian Fleming books as a teen and was such a James Bond fan. He'd get a kick of the new series (after I read first!). Thanks!

It's a wonderful series, though I suspect your son would think he was too old for it, especially if he's read the originals. But *you* aren't too old! ;-)

I loved Get Smart and all the Bond movies (I don't think I've ever read any of the books). And I cannot tell you how much I adore your blog tagline. I love the Celtic goddesses too: Brigid is my favorite.

Shawna, I have a theory about movie Bond: he's a Time Lord! He keeps regenerating and never ages(though even Time Lords can come back in an older body, if they want). That car of his is his TARDIS.

Yes, well, Brigid was popular enough to transition into Christianity as a saint. ;-) Glad you like my Great Raven. The title is an in-joke with a friend, inspired by a series of stories we wrote together.