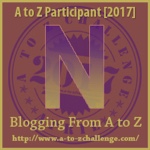 There has been a lot of nonsense spoken and written about the ninja, the professional spies and mercenaries of Japan. My favourite idiocy is the story of the dwarf ninja who came up from a toilet pit and killed his victim while he was relieving himself. Ouch! Also, they were supposed to have mystical, magical powers.

Actually, I imagine the ninja clans would have been only too happy for people to believe they had magical powers - it made for good marketing. If you want to read some wonderful fiction set in a world in which the ninja actually do have supernatural powers, I recommend Lian Hearn's series Tales Of The Otori. But that's fantasy fiction.

But the stories were spread because they were very good at what they did do - espionage, arson, assassination, mercenary soldiering, etc. Their disguises were excellent. If they had spent all their time in those cool black costumes we imagine them wearing, they might have had trouble convincing anyone they were not spooky assassins!

In feudal Japan, you couldn't ask samurai, the equivalent of European knights, to go sneaking around spying and killing people without facing them "mano a mano". That was - tacky. Worse, it was dishonourable. So the daimyos, the lords, had to hire professional spies. If caught, they would die horribly, like the vile, dishonourable, loathsome creatures they were. But hey, it was a living!

There were two clans, from the Iga and Koga areas of Japan, who set up training in remote villages. A ninja - or shinobi as they're known within Japan, from a word meaning "hidden" - started training in childhood. They learned martial arts, of course, and did a lot of tough exercises, but also learned a regular occupation they could carry out while gathering information. Medicine was useful as an occupation, for obvious reasons. But there were plenty of others.

Not that there weren't security efforts going on. For example, there were the famous squeaky nightingale floors, so called because they "sang" when someone stepped on them. That would definitely get the attention of the guards. But what could you do when the ninja you wanted to avoid were actually living in the castle as sleeper agents? And while they couldn't actually walk through walls, as legend had it, there were plenty of crawl spaces for those who knew where they were.

And then there were ninja working for the lord of the castle. In the case of one siege, a ninja slipped out into the enemy camp and stole the banner. Next morning it was waving from the castle walls. Maybe it would have been more useful to simply kill the enemy leader, but that kind of psychological "Nyah, Nyah!" worked too.

In the 1400s there were around seventy ninja clans on Honshu, the main island of Japan. The leaders were jonin, the middle men the chunin, whose job was to arrange contracts with employers. The genin were the actual fighters, who often didn't know who their boss was, probably wise.

There were ninja working for just one noble family. The most famous ninja leader, Fuma Kotaro Noboyuki, was part of the Fuma clan who were working for the Hojo family. He lived in the sixteenth century and has become a part of Japanese folklore. Kotaro led a group of 200 ninja. Apart from the spying, he led them in a night attack on the Takeda forces. First, they faked an attack, sending in horsès with straw dummies as riders, while the real ninja smuggled themselves in. In the dark and confusion, the Takeda were doing the ninjas' job for them, killing each other instead of Kotaro's men.

I can imagine the enemy leaders crying out, "Oh, the cads! That is completely dishonourable!"

Tomorrow: O is for Odysseus!

Posted by Sue Bursztynski at 12:09 AM

That is totally cool!

My entire knowledge of ninjas comes from the movies, so needless to say I learned a lot! Thank you!

Heidi, they did do assassinations as part of the job. I sometimes think that's what Terry Pratchett is sending up in his Assassins Guild members, who get very good training in how to kill and lurk around in black ninja-type costume because it's so very cool, not because it actually hides you.

Hi Sue - I have to say you've enlightened me somewhat on 'a ninja' (or covert agent) - I'd sort of gathered from what I'd seen/scanned ... but never really paid attention - so now my eyes are open and I can learn a little more in due course ... cheers Hilary

Thanks, Hilary! There's plenty more to learn. It's a fascinating subject.

This was an exciting insight into the world of Ninjas. Very pleasant read.

Glad you enjoyed it, Narinder!

Very interesting. I'd always heard that ninjas were really the people who changed sets for theatre productions, and nothing to do with spies or assassins, so I was very intrigued to read your post.

Really, Roslyn? It's the first I've heard of it! The scenery-changing ninja would certainly intrigue my friend Nikki White, who is the Japanese librarian at the National Library of Australia, who has been reading and writing about these guys for years. The word they used in Japan was "shinobi", it's a mixed language thing, but shinobi are certainly mentioned by Japanese writers of the era. They were the villains of a 1960s TV series, The Samurai, which was certainly not western nonsense.

Mind you, now you've mentioned it, I can't shake off the image of guys in black moving the scenery and getting into fights while they do it...

Fascinating! I like the supernatural ideas of them (storyteller, heh), but the history is also quite intriguing.

If they weren't supernatural they ought to have been! ;-)

Had no idea they were such a violent group. Guess I've been watching the kid's version all these years.

Kids like the cool black costumes and they play video games with "sock! Pow!! Wham!" duels in them. Come to think of it, video games are pretty violent these days. But ninja were assassins as well as spies. You can't do that and be non-violent.