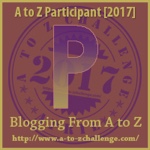 "The name is Popov. Dusko Popov."

He probably never said that, but Yugoslav lawyer Dusko Popov may well have been one of the inspirations for the fictional agent James Bond. Like Bond, he enjoyed the good life, wine, women and song, not to mention fast cars. Early in the war, he offered his services to British Naval Intelligence, which accepted him. He had already agreed to spy for the Nazis, so he would be a useful double agent. Fortunately, he was a double agent for the British.

At this time, the U.S. was not in the war. It didn't join until after Japan bombed Pearl Harbor in Hawaii, in December 1941. If the U.S. authorities had paid attention to one of his reports - a warning about the impending attack - history might have been very different. At the very least, the death and destruction left by the bombing raid could have been avoided, even if it was then decided that the attack plans warranted the U.S. entering the war anyway. He had been sent to the U.S. by the Nazis to find out details of the fortifications at Pearl Harbor. But J. Edgar Hoover, in charge of the FBI, didn't trust him, knowing he was a double agent, and didn't pass on the information to his superiors.

Dusko passed on fake information to the Nazis, which helped win the war for the Allies. For example, he told them the Allies would land at Calais rather than Normandy. After the war, he settled down in France and got married. His wife and children didn't know anything about his wartime adventures until he released an autobiography in 1974, Spy/Counterspy. The autobiography was apparently mostly accurate, with a few colourful bits of fiction thrown in.

Dusko Popov lived till 1981, when his smoking and drinking finally caught up with him and he died at the age of 69.

So, what about his James Bond connections? He used to call his uncle for advice on the phone number 26-007.

And the British Naval Intelligence officer who hired him was called Fleming. Ian Fleming.

Posted by Sue Bursztynski at 10:55 PM

Heidi (Her Grace) from Romance Spinners

No idea, Heidi! But the 007 was apparently inspired by that phone number.

Hi Sue - it's a fascinating history isn't it ... I think I've heard of this before - but it's always good to be reminded ... and what a name Dusko Popov ... and interesting that Fleming wrote what he knew too ... cheers Hilary

Yes, it is fascinating! I wrote about him in my children's book Your Cat Could Be A Spy and the illustrations of Dusko Popov were hilarious. There were girls drooling over him and other girls joking about his name, while he was turning in a report, "... Something about pearls..."

I was very lucky in my illustrator, Mitch Vane!

The reveal at the end was mind blowing :) Intriguing bit of background to Bond...

Oh that's just fascinating. So did the higher ups not find out about Hoover not passing on the info? Is that how he kept his job after the fact?

Nilanjans, nice to know Fleming got it from somewhere instead of making up a complete fantasy. Shawna, I have no idea, I rather think there was a massive war to fight at the time without asking questions about missing information. And if you're running the intelligence agency you have control over these things. ;-) Obviously they know about it now. Perhaps it took a while before anyone else learned what had happened. Or maybe all he said was, "There's something fishy here. I've been asked to look at the fortifications. Better keep an eye out just in case."

So interesting his wife and children knew nothing of his past life. Imagine keeping that hidden for so long. Had heard before he was the inspiration for James Bond. What a story!

I guess that keeping secrets even from your nearest and dearest becomes a habit. But then he wrote a book about it!