Y Is For Dr Yes and Other Oriental Get Smart Characters: A To Z Challenge 2017 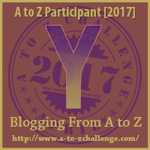 There are four Oriental characters in spy comedy Get Smart and none of them are played by actual Asians. There is The Claw("not Craw, Craw!"), played twice by Leonard Strong, who also appears as a Chinese tailor in fourth season episode "The Laser Blazer". Joey Foreman is Harry Hoo, who appears in two episodes(and he also played the role of a CONTROL lawyer(not Asian)in "The Little Black Book." And there's Dr Yes, the title character in the episode of that name, played by Donald Davis. See? Not a single Asian in the lot.

It was fairly common at the time to have Europeans as Asian characters, just as white actors were playing Othello. Not that Asians never played Asian roles; most of the cast of the Flower Drum Song film were Asian, for example, though more Japanese than Chinese actors took part in that very Chinese-themed musical. But "yellow face" was common.

Two of the Get Smart Asians were villains, two were good guys. But the villains were humorous anyway.

The Claw, head of the Oriental branch of KAOS, called this because he has a huge metal claw for a hand, first appeared in the second episode of the series, "The Diplomat's Daughter" in which Max and 99 have to look after a Scandinavian princess in Washington. Blonde girls have been getting kidnapped from outside the hotel where she is staying. It's fairly obvious that KAOS is after her, but when asked why he has been kidnapping the other girls the Claw says almost apologetically that they all looked the same to him, a clear joke about how many Europeans say this about Asians.

The Claw has the stereotyped accent which doesn't let him say "l" so when Max calls him "Mr Craw"  he snaps, "Not the Craw, the Craw!"

He appears again in "The Amazing Harry Hoo" which also introduces the title character, who will appear in two episodes". In this one, KAOS is using a Chinese laundry as a front. It's the episode in which Max says, "Life...is a kumquat." When 99 prompts, "Yes?" he says, "Life isn't a kumquat?"

Harry Hoo is a send-up of Charlie Chan, who had several movies in the 1930s and 40s(also played by a non-Asian, Warner Toland). He is a Hawaiian detective working for the San Francisco police department. Interestingly, when we first meet him, the police with whom he works seem to respect him. Maybe it's working with Max that makes him comical? He always wears white suits(except in summer, as he tells Max), Charlie Chan style. He has his own words."Amazing!" is usually said after Max has said something particularly dumb. "Moment, please!" and "Two possibilities," are other Hoo-isms.

His second episode is "Hoo Done It," an Agatha Christie spoof.

Harry Hoo is the most developed of the Oriental characters. But Lin Chan, the Hong Kong tailor/inventor of "The Laser Blazer" comes close. In just one scene, he tells us a lot about himself. First he is discussing his gadget quite sensibly and intelligently with the Chief of CONTROL(who, for some reason, is in Oriental disguise.). Then Max enters and drives him crazy with questions about what he thinks is just a jacket - Lin Chan can't explain, because there's a KAOS agent in the shop. Max later tells 99 that when he returned to the shop next day, Lin Chan had been taken away(to a mental hospital).

When you think about it, though, there is a cliche even about this Asian version of Q. He is one of those Hong Kong tailors who make up suits speedily for you.

Dr Yes is a spoof of Dr No. The James Bond movies were just starting at the time, with Sean Connery in the role. The title character, a KAOS agent, has a base under a lake, from which he has been interfering with missiles. He is a Fu Manchu figure in Chinese robes, and he has long nails, one of which is poisoned. He is surrounded by minions who,say, "Yes!" in their own languages. "Oui!" "Ja!" "Da!" Max fights him with scissors, cutting all but the poisoned nail. Attacked by an artificial mosquito, he scratches...

Given that this is a Mel Brooks creation, it's possible to think that the stereotypes are send ups in their own right rather than just stereotypes. The Asian characters are no more ridiculous than any of the others, certainly no worse than Max himself.

It would just have been nice if they had been played by Asians.

Posted by Sue Bursztynski at 4:32 AM

Get Smart! I'd almost forgotten about it. I loved that show! Thank you for reminding me!

I loved Get Smart and still occassionally watch a rerun if I find it. When the movie came out however long ago we got the dvd of it for my kids... the case was a shoe and it had a dial on it. Loved it

Yes, a great, very clever show, as you'd expect from Mel Brooks, who has sent up just about everything. Ozzypip, I have a Star Trek boxed set shaped like a tri order, though I prefer a straight box I can put easily on my shelf.

Hi Sue - I didn't know about these shows or characters - but well done for fitting in a "Y" .. cheers Hilary

Get Smart is a classic 1960s Cold War spoof. If you really have missed it, you have a treat ahead of you. Do try it!

I remember watching Get Smart as a kid. I didn't always get the jokes though.

As a child, you probably wouldn't get them all. True!

I've always thought that no only was Get Smart a spoof but that is was always some pretty good satire about the Cold War. Do you know when I was a kid I never noticed that the actors playing the Asian characters weren't Asian? It was quite a shock as an adult to re-watch the shows and realize that.

Oh, yes, Shawna! Mel Brooks spared nobody in his spoofing! And the Cold War was certainly important when the series was made. I guess the only kids who would notice the non-Asians would be Asians. I certainly didn't.

Asians were shut out a lot back then. Less common now....at least I hope. Congrats on completing the a-z!!