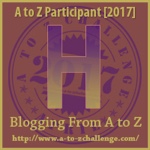 These days, the name "Mata Hari" is used as another way of saying, "female spy." When someone says, "Oh, she's a real Mata Hari" you know what they mean.

Born Margaretha Zelle in 1876, she became an exotic dancer and used the name Mata Hari as a stage name. She had a Dutch passport, and Holland was neutral during World War I, so during the war, it was easy enough for her to travel around. She certainly needed the money spying would bring. By that time, she was over forty and the theatre bookings weren't coming in as much. She was a courtesan in Paris and hung around with the military bigwigs.

She agreed to spy for the French, for a million francs. Well, that's what she said, anyway, when the British confused her with another German spy and took her to England for questioning. The French denied she was working for them, but she was released anyway and went to Spain, where she may have spied for the Germans.

Actually, she denied ever having spied for Germany during her trial. Slept with German officers for money, yes, but not spied, she said. Maybe that's true. She was certainly set up for a fall when she was arrested in Paris in 1917, a hundred years ago, and not allowed to see anyone except her lawyer, who was a former lover. The trial was not fair.

Whatever was the truth of the matter, she died bravely, taking off the blindfold and blowing a kiss to the firing squad.


Tomorrow: I is for Interesting Spy Bits And Pieces

Posted by Sue Bursztynski at 5:48 PM

What a great series you have going. We actually named one of our cats after Mata Hari. :-)

Goodness! Do you call her Mata Hari or just Mata?

When I was little, I didn't know Mata Hari was a name, I thought it was just another word for spy... Certainly an interesting life.

Mata Hari has always fascinated me. My personal opinion is she played the spy because she could and none of those arrogant men even ever thought a woman--gasp--would be spying on them.

There's actually a name for the Mata Hari type of spy, "Hobey trap." Back then, it was all "Empire, King and country" stuff.