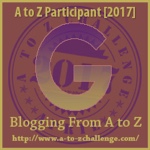 Have you ever watched a spy movie, perhaps James Bond, and muttered, "Oh, come on, now!" as he draws his bizarre and unlikely equipment?

Mission Impossible is full of unlikely technology, put together and designed by a tech called Barney(whose son appears in the remake of the series, played by the son of the actor who played Barney).
The Man From UNCLE had wrist phones which became shoe phones in the first UNCLE movie. In one scene agent Ilya Kuryakin is hanging beside another prisoner, unable to reach his shoe phone. When asked why the phones have changed, he replies,"Progress!"
Get Smart features poisoned lipstick(which Maxwell Smart avoids by using plastic lips)and Max's own equipment, which includes a car phone that is posing as a cigarette lighter and a cigarette lighter disguised as a car phone. In one episode Agent 99 asks why the scientist is giving them a tape recorder disguised as a camera and a camera disguised as a tape recorder - why not the other way around? "Because," says the offended scientist, "my mind doesn't work that way."
Oh, and that shoe phone, of course. In the first episode, it rings while he's at a concert and he has to leave the hall to answer it. Mel Brooks commented that this was the first time on film/TV where someone had a mobile phone ring inconveniently in the theatre.

Yes, it was having fun with the tropes of spy fiction. And yet...

And yet, you'd be surprised what over-the-top equipment exists/ has existed over the years. Go check out the CIA web site for some of it. That's where I found some of the gadgets for my chapter on the subject in Your Cat Could Be A Spy. I must say, it was a lot more fun than the Australian web site, which just had information about how to apply to become a spy, like any other public service job!

Poisoned lipstick? Maybe, maybe not, but there have indeed been lipstick guns(those were Soviet equipment.)

There were microdot cameras which could take photos the size of the full stop at the end of a sentence. Like this one.

But those were not the most bizarre equipment used in war and Cold War. During World War II agents of the SOE(Special Operations Executive) arrived in boats in some Asian countries, wearing shoes that made tracks of bare feet in the sand, because most locals didn't wear shoes and boot prints would have looked suss.

The SOE also stuffed dead rats with explosives in Germany so that they would explode when shovelled into furnaces. That didn't work, by the way - the Nazis caught on.

In the 1970s the CIA was using pigeons to carry aerial cameras, because who would notice a high-flying bird taking pictures? (During the American Civil War, hot-air balloons were used for aerial spying)

And then there was the animal poo... Fake tiger droppings were used during the Vietnam war to work out the movements of enemy troops in the jungle. Well, who was going to go near a pile of dung?

One of my favourites is the CIA's robot catfish, used to collect water samples around enemy nuclear plants. It was so realistic it fooled other fish. Boy, would those bigger fish have been surprised when they took a bite!

Tomorrow: H is for Mata Hari

Posted by Sue Bursztynski at 4:10 PM

Life is stranger than fiction it seems! There was an episode of "White Rabbit" (on Netflix, featuring the Build Team from "Mythbusters") where they looked at real-lite sabotage inventions/plots from WWII, some of which were very bizarre - including one where they planned on giving female hormones to Hitler in order to make him more feminine - nicer and gentler and not focused on war, and maybe even grow breasts. Strange but true.
Ros from Fangirl Stitches

I hadn't heard that about the Hitler plot, though I doubt it would have helped, considering some of the nasty women who have been in power since then.

Sounds like the kind of plot carried out against Castro!

Get Smart was so funny. They should run the re-runs. I'll check out the CIA site for laughs one day.

Hey, It's Ann visiting from A to Z So Much to Choose From and
Science Ladybug

Lovely to meet you, Debbie and Ann! I bought all five seasons of Get Smart on DVD, so don't need a re-run. :)

I have not watched Get Smart....What you have mentioned is quite interesting! Tiger droppings?? ha ha

One of the reason I love spy films is all the gadgets. I was not a happy person with Daniel Craig's first to Bond movies because there was no Q (Bond is just a pretty boy without Q). I had no idea about all of the real spy gadgets. I will have to go check out CIA website. That sounds fascinating.

26 Things To Hate About Writing: G is for Grammar

Fun post! Who would have ever thought a pile of tiger poo might be following their movements?
<a href="shirleycorder.com/google>G is for Google. #AtoZchallenge.</a>

I enjoyed this post. Looking forward to Mata Hari as I wrote about her previously. If I Only Had A Time Machine

G is for Gardasil—Is It Safe?

Shirley, nobody. That's why the gadget worked! :) Of course, if someone had accidentally stepped on them or a bunch of soldiers thought to play a prank on friends... Shawna, I only saw the first Craig film and it was so very serious, I wondered about it. But Craig is a very attractive Bond and a good actor.

Maryann, I'll look forward to seeing you again. I haven't read your post. Mine is a basic "was she/wasn't she?" post taken from something I wrote for my children's book Your Cat Could Be A Spy. I doubt you'll read anything you didn't know.

We went to the spy museum in Washington DC the last time we were there. It was fascinating to see all the gadgets. WeekendsInMaine

What amazing gadgets! I remember Maxwell Smart's shoe phone well. I never thought about it as a mobile phone, but it is! lol Thanks for all the cool info about real life spy schemes. Have a great weekend!

A very inconvenient mobile phone, though. Unlike today's phones, you can't keep it in your pocket, you can't set it to silently vibrate when you need it not to ring, and if you're chasing a baddie, you have to hop around with one foot in a sock! (This did happen in one episode I remember, and he was holding his gun in one hand, his shoe in the other!)

Fabulous post - I love all the gadgets in the detective shows from the 70's and 80's. My favourite was the cone of silence from Get Smart - the chief could never hear what max was saying.

And then there was the episode where,due to cutbacks they had rented it to the CIA, and had to use...the closet of silence!