S Is For Clifford Stoll And The Hanover Hacker: A To Z Challenge 2017 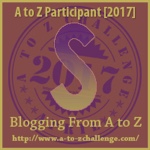 The year was 1986. In the Lawrence Berkeley Lab the computers had impressive amounts of disk space and memory - a hundred megabytes of disk space and one hundred and twenty eight k of memory. They were huge machines too, a long way from the little smart phone in your pocket or even your laptop computer.

In this day and age, computer hacking has become a large part of spying, but in those days it was new. The Internet was in its infancy.

An astronomer called Clifford Stoll was just starting a new job in computer programming when he was brought a puzzle to solve, a small accounting error of an unpaid 75 cents. He thought at first a student had been fooling around, but it was more than that. Much more.

Someone was logging into the network with system manager privileges, under the name "Hunter" which belonged to a staff member who hadn't been there for a year. The system was being used to enter other networks.

Cliff sometimes slept in the lab because the hacker was logging in at night. Over ten months he got piles of printouts which showed the mysterious hacker logging into military bases. He could have blocked the hacker, but they would only have found another way in and then he would have lost track of them.

It took a while to get the interest of the CIA and FBI. It was all so new - who had even heard of hacking in those days? But with their unofficial help, the hacker was traced to Bremen in Hanover in West Germany. He was a man called Markus Hess, who, with a group of four others, was selling information to the KGB.

Cliff had an idea. If the hacker wanted military secrets, he'd supply them. They didn't have to be real military secrets, of course. A trap was set, a fake military network called SDInet. SDI was the official name for the Reagan program nicknamed Star Wars. It was what Hess had shown most interest in.

The confirmation came in the mail to "SDInet", through a Bulgarian spy, using nonsense from the fake files, from Markus Hess's customers, trying to check they were getting their money's worth.

Hess and his fellow hackers went on trial, but before they could serve their long sentences the Berlin Wall fell and among all the fuss they only received a two year suspended sentence for what they had done. One had apparently committed suicide - if only he had waited...

Clifford Stoll received only a thank you certificate from the CIA for what he had done, but he also wrote a bestselling book about it all, The Cuckoo's Egg,  so that was all right. And eventually he began making quirky items called Klein bottles, three-D Möbius strips which sell very well to mathematicians.

Interestingly, these days he is not a great fan of the Internet, which he feels is destroying communication rather than improving it, and is putting people like me(librarians) out of work. I do have to disagree with him about library card catalogues, which he thought were beautiful. If he'd ever had to spend hours first writing out five or more catalogue cards for one book, typing, filing them, then pulling them all out if the book turned out to be missing during stocktake, he would, like us, embrace the library computer technology he sneers at. And by the way, we used to throw out those beautiful artistic cards ourselves when they weren't needed because someone had stolen the book they described!

However, it is fascinating to wonder how a twenty-first century Clifford Stoll would handle a spy-hacking case. I believe hackers are actually hired to point out weaknesses in security systems these days, but it goes on. With the Internet and constantly improving computer technology, the genie has really been let out of the Klein bottle.

For an interview with Clifford Stoll, one of my sources for this post, check out this link.

Posted by Sue Bursztynski at 3:30 PM

1. When I first got started in libraries, we had those old card catalogues. H A T E D them! A good old OPAC beats a card catalogue any day.
2. Woo hoo, early Clifford, for figuring out how to trap a hacker.
3. I shall love computers forever, for I started my writing career on a typewriter. DO NOT miss those days at all.
4. I shall love the Internet forever, because research is soooo much easier now.

Great minds think alike, Heidi! That's exactly how I feel. Only a non-librarian like Mr Stoll would think lesser tech was better. But he does have a point about some things. I have seen students at my school sitting within about three feet of each other typing messages to each other instead of talking!

And besides, spying is so much easier now! ;-)

Hi Sue - what an interesting post - I'd never heard of this chap ... nor knew any of his work - perhaps because I was in South Africa - news down there was different in the late 70s-early 90s ... but I shall be back to read again. We need minds who can think like Stoll - fascinating .. thank you - cheers Hilary

Thanks, Hilary! I'd never heard of him either till I was researching for my children's book Your Cat Could Be A Spy. And because my research for that is probably out of date in some things, I looked him up on line and found that interview and other things I hadn't known when I was looking him up the first time. I certainly didn't know he spent an afternoon playing yoyo with the head of the NSA, or about the Klein bottles he makes these days!

This week the BBC had a news article on hackers and that their average age is now 17. Stoll was new to me too. Guess I'm too old to be a hacker now.

Considering how much of it is going on, with much older people leaking secrets, you may make it as a hacker yet. But yes, kids do tend to be the most into it, usually the best of them are autistic, judging by the tech savvy kids I've met over the years.

Fun story! I never heard about it before. Our school used to have an exhibit of old computers, I loved poking at them and flipping switches... (they did not work, of course).
I also used card catalogs; some archives and museums in Hungary still have them. They are a pain, but also kinda fun...

Fascinating how it started. And today the http on websites has been changed to https to try and keep the hackers out. I wonder how long for! S is for SEO Strategy as you Build a Better Blog #atozchallenge

Tarkabarka, glad you enjoyed the story.! Card catalogues might be fun for you, but that's because you don't HAVE to use them. I bet you return with a sigh of relief to the computer catalogue every time. As a teacher librarian I used to have to teach the kids to use them and that was no fun. Even if they learned all the subject, title, author stuff, the cards often went missing when someone pulled them out to go look on the shelves. Nowadays, if you can't find something under, say, Cleopatra, you might find it under Egypt, where a book has a page about her, not worth putting under subject, but it might be in the notes, say. In those days, you'd have to go from drawer to drawer. Shudder! No, Clifford Stoll can keep his card catalogues, and mine with them! BTW, I still have my Mac Classic II. I don't use it any more, of course, but it still works, I only had to replace it because I needed the Internet. It gave me right years of faithful service and I wrote my first book on it. I'm happy with the advances, but I won't hear a word against it!

Shirley, not long! Hackers are generally losers, but they are very good at cracking puzzles. And if they work for a government, there is a strong purpose for it. The best thing to do is hire them to crack the system FOR you and then develop a better one.

Fascinating! Boy we do we ever need someone like him today with all the hacking going on. Very interesting though he is not a great fan of the Internet. I see the harm it is doing to communication too but do not see us going back. At some point, we need to find a happy balance that makes sense. I'm counting on the younger generations to figure things out. I'm beginning to think Facebook is better for photo sharing and sound bites than actual communication....and I fear Twitter does more harm than good. I find the conversation between bloggers far more important and helpful. I live far from a decent library these days (an hour's drive) (we have a tiny two room library), but I am still a strong supporter. I love wandering the aisles and finding a surprise book to read, a joy begun early and remembered fondly from my childhood. Thanks Sue!