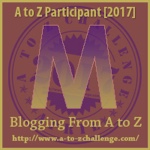 Over a hundred years ago, a young lady stood painting pretty watercolour views of  French railways. Watercolour painting was a common activity for young middle class women at the time and nobody looked twice at her except, perhaps, to admire her.

But the young lady was not a woman - and the painting was for the purposes of information gathering. World War I had not begun, but at this time, Britain was not on the friendliest of terms with France or Belgium. If the countries did go to war with each other, the soldiers would be using trains.

The young man was Herbert Dyce Murphy, an Australian who had been studying in England. Born in Melbourne in 1879, to a wealthy pastoralist family with two properties, he decided he was not interested in the family business and, during his summer holidays, worked as a sailor, something that worked out well for him later in his life.
Let's get it straight. Herbert was not, as far as we know, transgender. He was not even a transvestite; the female clothes were just part of the job. When he finally decided he had had enough, he threw off his woman's disguise and returned to his male life. What he was, was a fine actor. That was how he got the gig in the first place, when he was seen playing a female role in a Greek play at Oxford University. The intelligence person who saw him offered him a spying job, disguised as a woman because a young lady doing watercolours was far less likely to be suspected than a man taking notes. Photography existed, but this was 1903, long before the tiny spy cameras of the Cold War.
Herbert learned from a family friend how to move like a woman, especially getting in and out of a hansom cab. He grew his hair, because it was safer than wearing a wig. When he was ready, he got on a yacht and went on holidays up and down the French coast. Like other young ladies he had a chaperone. In his case, it was to make sure nobody got near enough to Miss "Edith" as he was calling himself, to ask questions.
Somehow he got away with it for five years, according to the stories he told later. By that time, the young man was less girlish and probably had more trouble hiding the stubble! Miss Edith retired as a spy and became Mr Murphy again.
While he was at it, though, he had quite a few adventures - and admirers, including a Frenchman who proposed to him and a German officer who chased him through a train. Once, during a storm on his ship, he came rushing out in a pink nightie to help(just as well the crew knew about him!)
See that painting at the top of this post? The young lady with a parasol might just be Herbert! Well, that's what he claimed, anyway. If you're ever in Melbourne, take a wander through the Ian Potter centre, which is the Australian art section of the National   Gallery of Victoria, and decide for yourself. Myself, I'll never see that painting again without a giggle.
The adventures continued. After retiring as a spy, Herbert went to sea as a navigator. He applied to go on Ernest Shackleton's expedition to the South Pole, but was refused because he was "too effeminate"!  Instead he went with Douglas Mawson's Antarctic expedition.
Eventually, he retired from it all and went back to Melbourne, where he bought a property on the Mornington Peninsula and ran summer camps for disadvantaged children. There, he led adventure activities and, in the evenings, told them stories of his exciting life. Did he tell them about those five years as a spy? Probably not, but he had plenty of other stuff to share.
He married at fifty-four and lived to a ripe old age, passing away in 1971. Here's to you, Herbert and Miss Edith!
Posted by Sue Bursztynski at 5:40 AM

A rather bizarre life spent undercover, but he spent it all on his own terms. Spy, painter, sailor, actor...wow, he did a lot. I hope he found happiness when he finally settled down to marry at 54.

Absolutely on his terms! I gather he stayed married, though they had no children.

Fun story, although it couldn't have all been fun for Herbert! Happy Easter! M is for Marketing Methods as you Build a Better Blog. #AtoZchallenge.

Spying is dangerous, whatever kind it is. And he was having to stay female all the time(except when shaving and visiting the bathroom!). But he told these stories himself, so whatever he went through at the tiny, he thought it was funny later!

I love interesting stories like this. It's why I love reading so much. Girl Who Reads

Wow--that's amazing! I suppose intelligence didn't think that women could actually spy at the time--recruiting a woman would have been a lot easier for everyone involved. But if Herbert had fun with it--go Herbert!

I imagine he must have been a fast runner if he had to flee pursuit in a train while wearing a skirt. That would make a good action movie scene.

Glad you enjoyed it, Donna!

Pamela, in those days women in England weren't thought capable of voting, let alone spying. The woman concerned would no doubt have gone hysterical at the first sign of trouble, no member of the fair sex should be exposed to danger, etc.

Andy, as someone who wears long skirts all the time, I assure you it isn't as hard as it looks. Women would have been used to moving about in their Edwardian gear and I suspect Herbert wasn't allowed to go till his family friend was satisfied he could move like a woman. It might make an entertaining movie, yes.

Hi Sue - what a wonderful post ... chock full of fascinating information - all set forth by one inspirational man ... totally amusing - I wonder why a film hasn't been made of his life ... oh I see having looked via G .. that the inconsistencies are many. Totally wonderful post though .. great choice ... cheers and have a good Easter - Hilary

Thanks, Hilary! Yes, there are those who argue it never happened and those who insist it did, but he must have been transgender - I admit I don't believe that about the painting, but who cares? Those who knew him said he was not boastful or loudmouthed, as a liar would have been. He certainly did the Antarctic trip, there are photos.
Wait till you read my post about Susko Popov, the guy who inspired James Bond. ;)

Thanks, Sandra! Glad you enjoyed it!