A To Z Blogging Challenge 2018: I Is For Illustrators

Today’s post is about illustrators, without whom books for younger readers wouldn’t be quite as enjoyable. A special artist not only illustrates, he or she interprets and contributes.

I’ve been very lucky with my illustrators in past years. Marilyn Pride, better known as a science fiction and fantasy artist, illustrated my first two books, Monsters And Creatures Of The Night and Potions To Pulsars: Women Doing Science. Both, alas, are out of print, though you can almost certainly find them on eBay or AbeBooks. I remember visiting a blog written by a young American SF fan/writer, who told me, when I commented about something, that my first book had inspired him to write horror fiction. He had been devastated when he lost it in a fire, but had found another copy online.

It wouldn’t have been the same without Marilyn’s exquisite drawings. Over a number of years she painted sleeping and hatching dragons on pebbles. I believe they go for a lot of money whenever anybody can bring themselves to part with one. And when I wrote her into a children’s chapter book, The Sea’s Secret, as a famous artist visiting the school, the illustrator of that book must have known who “Maria Pride” was because the illustration looked uncannily like her! I am lucky enough to own one of her original paintings, cover art for another children’s book, bought at a science fiction convention.

Remember I mentioned artists who interpret your work? 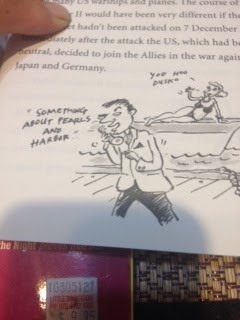 Mitch Vane is best known as a cartoonist, whose very funny journalist(and children’s writer)husband Danny Katz has benefited from her illustrations, but some of her cartoons appear in children’s books, including one of mine. The book is Your Cat Could Be A Spy(North American edition This Book Is Bugged). There are so many hilarious cartoons in it, the book is worth getting even if you aren’t interested in my spy stories. Her picture of Romans spying on each other and gorgeous girls waving to Dusko Popov(inspiration for James Bond)while joking about his name are delicious, but there are plenty more. You can get the book online as ebook or POD, though if you want to get it from your local bookshop you’ll have to ask them to order it. 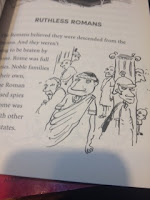 Very briefly, there’s Shaun Tan, of whom I intend to write more later, in his own post in T is for Tan. Shaun is a writer-illustrator whose most famous book, The Arrival, has no text at all, but tells a story of fleeing from danger, settling in a new country and making a new life. An amazing artist and writer!

Robert Ingpen is one of only two Australians ever to win the Hans Christian Andersen medal for services to children’s writing and illustration, the other being Patricia Wrightson, whose award-winning The Nargun And The Stars, by the way, he illustrated, as well as some Australian awards, the science fiction Ditmar(voted) and the Dromkeen Medal for services to children’s literature, and an Order of Australia for the same. He has written or illustrated about a hundred books. His art is stunning, like Graeme Base’s, though not quirky like Base’s, just beautiful to look at. One of his books, The Voyage Of The Poppykettle, was written as well as illustrated by him and the cover alone is to-die-for. We had some of his books in my now-packed-away library, including his two on the heroes - and heroines - of myth and legend, The Great Deeds of Superheroes and The Great Deeds of Heroic Women.  Check out his work and see what you think! I'm only showing a cover here, so as not to get on the wrong side of copyright, but go to Google Images and you'll find a breathtaking image from a book he illoed called The Encyclopedia Of Things That never Were. 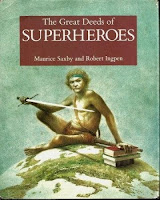 Very briefly, as I will be giving her a post of her own, Melbourne writer Gabrielle Wang writes and illustrates gentle fantasy novels for young readers. Although her family on her mother’s side has been here for generations, she has not lost her Chinese culture; the art in her books is delicate and detailed, as Chinese art is. I have several of her books. She doesn’t illustrate other people’s books, only her own novels, but now and then, she breaks out into on line painting and drawing and tweets it! I believe she belongs here.

Donna Rawlins, writer-illustrator, used to live in Melbourne- was, in fact, a student at the very school where I was working till the end of last year, though well before my time. She is now living in NSW, with her husband, children’s author Simon French. Donna was the illustrator of Nadia Wheatley’s classic picture book, My Place, which was turned into a TV series for children. It is about an old house in Sydney and all the children who have lived there over a hundred years. Each child has his or her own viewpoint and the paintings are delicately and beautifully done. I am mentioning this one, among all the many books she has illustrated over the years because there is a new book coming out in June, which I have in PDF courtesy of the author, that is similar in flavour, being a child’s eye view of the waves of immigration to Australia(It's actually called Waves!). This time, Donna Rawlins is the author and has her own illustrators - but more of this in June, when I review the book! 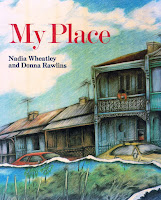 There are many, many others for whom I just have no room in one post, so perhaps I’ll do another one towards the end of this series, when I get towards the more difficult letters.

You know, I can write,  but never could I illustrate my work. I passed art at school, but more because I was good at theory than the actual art. It’s amazing how many of these wonderful artists can also write! A toast to them all!

As there are so many artists listed here, I'll let you find their books on line yourself, on Amazon, Booktopia and Book Depository.

And since these are mentioned above and at east one of them is hard to get, here are the covers of my own books! 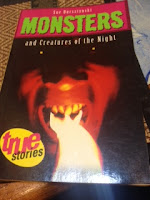 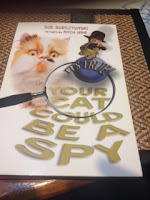 Posted by Sue Bursztynski at 4:20 AM

Illustrators are amazing - I've always wanted to be able to illustrate, but I just don't seem to have the right brain for it :) I have terrible trouble drawing things that aren't there to look at!
Tasha
Tasha's Thinkings - Movie Monsters
P.S. Your book title "Monsters And Creatures Of The Night" intrigued me so much I went Googling and found a copy on Amazon UK :) Now I just have to wait for it to arrive. I'm too used to instant gratification with Kindle - LOL.

Yes, I know what you mean about having to look at it. I can sort of draw from a photo, but nothing worth publishing. My artistic skills are in handcraft. I can do a petit point tapestry by tracing a picture on to canvas and colouring it and shading it as I think right. I've won prizes for those - but never for a drawing or painting!

Wow! You're buying my very first book?!? I do hope you enjoy it. And Marilyn's art. Yes, I agree about instant gratification. I read about something and say, "Ooh, gotta have that!" and download it immediately. I have to keep buying iTunes cards. Everything except my first three books is available in ebook. Afraid there is nothing I can do about that!

There's no doubting the power of the 'right' illustrator. I've just attended an exhibition at the V&A in London on Winnie the Pooh. If W E Shepherd didn't add significantly to the success of A A Milne's work, I'm the proverbial ...

Great post! I totally am amazed by my cover artist (I don't have many illustrations in the interiors, though a friend made some wonderful skunks I use in the Ninja Librarian books). I have very limited drawing skills (my watercolors could be described as "primitive" only if one were very charitable), so it impresses me all the more that someone can take my words and turn them into a picture!
Rebecca who is NOT doing A to Z

Debs, I have to agree about Shepherd - he gets across the personality and quirkiness of those characters perfectly! I just can’t visualise Pooh and his friends without those drawings. Lucky you, getting to see the originals.

Hi Rebecca! Ninja librarians? That sounds fascinating! I bet your illustrator has a terrific time illustrating your books!

Those myth and legend books look great! And I also love the dinosaur image :)

I didn't realise we had so many great illustrators in Oz. OF course, I'm familiar with Graeme Base (have so many of his books) but hadn't heard of the others.

If you like Graeme Base, you’ll like Robert Ingpen. Not sure what Marilyn has done recently in the way of books. Her day job involves creating props and such for movies, along with her partner, fellow artist Lewis Morley. And Donna’s newest book, Waves, is unusual in that she wrote it, someone else illoed it. It does feel a bit like My Place, though someone else wrote that and she illoed. You really shouldn’t have any trouble with finding this stuff in your local library or your children’s school library.

Hi Sue - I'd love to be able to draw, craft illustrations etc ... sadly not me - still great ideas you've given us here. Oddly enough I was in the library the other day - and sat waiting at a desk - picked up one of Graeme Base's book - his wife illustrates doesn't she ... it was one of his puzzle books ... I see he does both!! The Eleventh Hour ... was the book. Cheers Hilary