A To Z Blogging Challenge - K Is For Kassiopeia

Today, I’m grabbing the chance to use the spelling most convenient to me. I could have spelt it with a C, the most common spelling, but then I’d have to think about another K word, and that might be Kassandra, whose name is also most commonly spelt with a C, anyway.

Anyway, today’s focus is on a woman who was part of someone else’s story, that of Perseus, and her daughter, Andromeda’s.

Kassiopeia is one of those Mums of Mythology who say something that upsets a god or more than one and pays for it. In fact, their kids usually pay for it.

There is, for example, Niobe, a woman who bragged that she was much better off than Leto, the mother of Artemis and Apollo, because she had fourteen kids and Leto only had two. You can guess what happened next - Leto’s kids wiped them out. Niobe turned into a rock that kept weeping for them, ie a spring, but poetic.

There is the mother of Psyche in Lucius Apuleius’s charming novel The Golden Ass. She bragged that her girl was lovelier than Venus. And yes, was ordered to tie up Psyche where she could be carried off by a monster. Fortunately, the “monster” turned out to be Cupid, so that was okay, but Psyche went through a lot in a story not unlike the fairytale “East Of The Sun, West Of The Moon”.

Kassiopeia was the wife of Cepheus, the Ethiopian King of Joppa, which is now Jaffa, right near Tel Aviv. I’ve been there!

For some reason, artists of the past never seem to paint her as black. And the role, in the original Clash Of The Titans,  was played by Sian Phillips. Oh, well.

She had some godly relatives, being the daughter of a sea nymph, so she may even have been related to the goddesses she offended, but then again, she had been living a normal mortal life and you just don’t tell everyone that your daughter is more beautiful than the Nereids, daughters of the sea god Nereus, even if she is! (One of them, by the way, was Thetis, mother of Achilles).

Next thing the people of Joppa knew, there was a flood, organised by Poseidon, to whom the girls complained, and it was not going to stop until a naked Andromeda was sacrificed to the sea monster which he also sent.

So, the poor girl was stripped and tied to a rock to await her doom. But the young hero Perseus was flying overhead with his winged sandals, after killing the Gorgon, and immediately fell for her.

If you think he was just helping out of kindness, think again. Perseus flew down to the distraught parents first, and offered to rescue their daughter provided they agreed to let him marry her and take her home to Greece with him.

“Yes, yes, anything, just save her!” they scream.

So, Perseus flies up again and, according to the account I’ve read, instead of using Medusa’s head right away, cuts off the monster’s head, but stone was in there somewhere, after his heroic achievement, and he freed Andromeda and took her back to shore.

At this point, Kassiopeia is not crazy about the idea of marrying her daughter to some flying stranger who wants to take her away, and anyway, she was actually betrothed to someone else.

“Let’s get married now!” says Andromeda, who knows her mother very well, besides which, who’d want to stick around till the next idiocy that comes out of Kassiopeia’s mouth?

The someone else turns up demanding his bride. Kassiopeia tells everyone that the agreement with Perseus was made under duress, so doesn’t count. She does have a point there, but there is a huge fight, during which Perseus uses Medusa’s head to wipe out 200 men, then flies off with his bride.

The whole family ended up as constellations in the sky, but Kassiopeia is shown sometimes as upside down in her chair, to make her look ridiculous.

I mentioned that I was in Jaffa. That was years ago, but I saw the rock of Andromeda, though at the time I was told it was supposed to be the monster turned into stone; apparently that was taken to Rome! Still, it was fascinating to be right where it all happened. 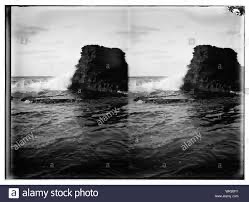 Come back tomorrow for some L people from the myths!

Posted by Sue Bursztynski at 3:01 PM

There is a saying in my mothertongue that roughly translates to " the toad gets affected because of its mouth ".... used to refer to people who talk unnecessarily and land into trouble because of that

I prefer the spelling with a K. Not sure why, but it looks prettier I think. Some of this info was new to me. Learning heaps :)

The beautiful names "Kassiopeia" and "Andromeda" are mainly known to me thanks to astronomy, so it's interesting to read the myths behind the names!

Some people don't know when to shut up... even after nearly getting everyone killed.

Ronel visiting for the A-Z Challenge with an A-Z of Faerie: Kappa

Those Greek Gods (and hangers-on) are doozies. Rape this. Rape That. Kill this one. Then That? Doom an entire city/state/continent: no problem). Besmirch my name? It's chopped liver for you!!

What's a story back then without slaughter, pillaging, and rape?

Oh dear, the dangers of offending the gods and getting caught up in the drama. Silence is golden definitely seems like sage advice. It's a funny note that Kassiopeia is sometimes depicted as upside down.

I always look for the constellation Cassiopeia, but was a little hazy on where she fit into the mythology.
I'd just like to take this opportunity to put it right here on the public record that my children are very average, completely not worth noticing, and definitely not particularly beautiful or talented at weaving, or anything like that. Definitely not, nothing to see here. =)
Black and White: K for Kitezh

Great story! I love the fact that Kassiopia was keen to get away before her mother could say anything else idiotic & drag her into more trouble :D

Great story! I love the fact that Kassiopia was keen to get away before her mother could say anything else idiotic & drag her into more trouble :D

Sian Phillips was great in the role though! And in U, Claudius. What a great actress.