December 1 On This Day! 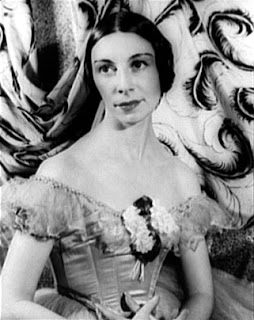 Okay, I’m a day late for my December 1 meme, but what the heck. This was my parents’ anniversary when Dad was alive and I’d like to commemorate it.

A sad observance for December 1 is World AIDS Day, which has been going since 1988. I haven’t lost any friends to it, although I do have some gay friends, so thank goodness for that, but I pay tribute to those who have left us because of this terrible thing.

Another observance for this date is Rosa Parks Day, although some US states celebrate her birthday on February 4, rather than December 1, which was the date of her arrest in 1955, leading to the Montgomery Bus Boycott. If you’ve been watching the current season of Dr Who, you will have had a chance to see the story dramatised, co-written by YA novelist and former British Children’s Laureate Malorie Blackman.

More frivolously, it’s National Pie Day in the US! Also, Eat A Red Apple Day. Trivia: the study of apples is pomology. I guess it’s to do with Pomona, Roman goddess of fruit. (Also the name of Hogwarts Herbology teacher, Professor Sprout)

Now to some December 1 birthdays! I’ve mostly stuck to people I’ve heard of, preferably in the arts.

Jo Walton, SFF Writer, was born On This Day in 1964. I haven’t read her books in years, but she writes regularly for tor.com. She has scooped the pool in SF awards- Hugo, Nebula, James Tiptree Jr, John Campbell Award. Maybe time for me to go and read some more Walton!

Rex Stout born in 1886, was the author of the Nero Wolfe crime novels. There was a short lived TV series based on them. I haven’t read the books, but I did enjoy the TV show.

There were other authors mentioned on line, but they tended to be lifestyle bloggers and such, or I just hadn’t heard of them, so... on to the actors!

Deep Roy(1957) is a short guy, an Anglo Indian actor who seems to have had plenty of work as a character actor and stunt artist. The first time I saw him, he was the Klute in British science fiction TV series Blake’s 7. The Klute was employed on Freedom City to challenge visitors to Speed Chess. If you won, you received a huge prize, but nobody won, and if you lost, you died, instantly. One of our heroes, Vila, used the miniaturised super computer Orac to cheat. The Klute was not at all happy! Deep Roy was in three more episodes of this series, as various creatures - that episode was the only one where you saw him as a human. He was also in Dr Who and more recently played all of the Oompa Loompas in Charlie And The Chocolate Factory, including an Oompa Loompa psychiatrist near the end

Dean O’Gorman(1976), a Kiwi actor, was in The Hobbit as Fili, one of Dwarf King Thorin Oakenshield’s two sexy nephews. He’s done quite a bit - check out his filmography here, https://en.m.wikipedia.org/wiki/Dean_O%27Gorman - but this was my first sight of him. Definite eye candy!

Keith Michell(1926), was an Australian actor who was best known for his leading role in The Six Wives Of Henry VIII. He did a lot more than that, of course, including playing King David and the patriarch Jacob in telemovies, and he was an amazing Cervantes/Don Quixote in the London version of Man Of La Mancha, of which recording I own a copy. He could sing, you see! But if he had only done Six Wives, it would have been enough; he was the definitive Henry VIII.

Jeremy Northam(1961), played Mr Knightley in the film of Emma, with Gwyneth Paltrow in the title role. It’s my second favourite Jane Austen novel and made a beautiful film.

Mary Martin(1913) was a musical comedy star who seems to have played in the original Broadway version of just about everything, including South Pacific. Trivia: her son, Larry Hayman, was also an actor. If you’re old enough you may remember him as astronaut Tony Nelson in I Dream Of Jeannie.

Madame Tussaud(1761), was the famous waxwork maker you will have heard of unless you’ve been living under a rock. She learned the art of waxworks from her mother’s employer, a doctor. Before the French Revolution she was modelling celebrities, during it she was making death masks for victims of the guillotine(she was nearly executed herself!) Later she moved to England and stayed there. I have been in a London three times and still haven’t seen the famous Waxworks!

Dame Alicia Markova (1910) was one of the top British ballet dancers of the 20th century. She started dancing as a child for her health and was discovered by Russian impresario Diaghilev, who took her on for the Ballets Russes. You can find videos of her easily on YouTube, if you’re curious.

And there are a few bits and pieces about December 1 - hope you enjoyed it!
Posted by Sue Bursztynski at 3:28 AM

As a result of Jeremy Northam's performance in Emma wearing a cravat, similar to a certain cricketer's habit of wearing a hanky tied round his throat, for several years we called Northam 'Mark Waugh' and mark Waugh, 'Mr Knightley.'

So, where is the scene where Mr Knightley impresses Emma with his cricket excellence? :-)

Enjoyable to read. Thanks, Sue. I took a look at the link for Dean O’Gorman, an actor I really enjoyed in the Hobbit. I didn't know New Zealand actors were called Kiwi actors. Yes, definitely eye candy.
Dame Alicia Marko...An interesting reason to dance..'for her health'. Something you would expect someone to say today. I guess people were concerned about exercise back then too.

Hi Sharon! Yes, Kiwi is a nickname for New Zealanders, as the kiwi is a NZ native bird. Alicia Markova started dancing on medical advice to strengthen her weak arms and legs.