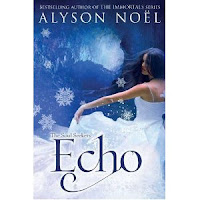 Daire Santos, heroine of the first volume in this series, is a Soul Seeker, another name for a shaman - by birth, not by training. She has recently had some training from her grandmother, Paloma, whose son, Daire’s father, died at sixteen, leaving his girlfriend pregnant with Daire, after refusing to take up his heritage. Daire is learning quickly.

In the first volume, Fated,  Daire came to Enchantment, a small town in New Mexico, which is anything but enchanting, due to being under the control of the local rich family, the Richters, who had been using their magic - or magick, as it’s called in the book - powers for their own benefit. She met twin brothers Dace and Cade, whose father Leandro is a Richter, and fell in love with the former during her training. She’d seen him in her dreams and can’t help loving him.

Dace and Cade shouldn’t have been twins; due to an attempt by Leandro to create a son who would be totally evil and suit his needs, he split one soul in two, so that Dace is totally good while his twin is evil.

Now Dace must decide whether he should take on some of his twin’s nastier traits in order to save Daire from the prophecy which decrees that there will be a death. And Daire must cope with the corruption of the Otherworld where the lovers meet, where she can’t even trust her totem animal, the raven.

I must admit, I didn’t see the ending coming. I had some thoughts about how it might finish and I was sort of right, but not quite. You will probably find your jaw dropping in the last few pages, sputtering, “But - but - hang on! How ....?”

And it’s only halfway through the series. I don’t recommend you read this until you have read the first book. It won’t make sense on its own and it will definitely create spoilers.

I preferred the cover of the first book, with its Native American themes that run through the book. This one, while it does include the snow theme that is mentioned a lot in the second novel, is a lot closer to the pretty "prom gown" style of YA paranormal romance. Trust me on this, Daire doesn’t wear a gown like the one on the cover, not even once! Not even to the Christmas party held at the Rabbit Hole, the local cafe/club/teen hangout. And this isn't your standard paranormal romance anyway.

However, that isn’t the author’s fault.

My only nitpick is that the language continues with the irritating half-sentences that irked me in the first book. The kind that. Go like this. But all the time. Every page with at least two. Sometimes more. I found myself skipping over those and trying to ignore them, because it’s otherwise a good book. But if I had been this author’s editor I would have reminded her that there are these things called commas.

This is going into my library next week. Let’s see what the girls have to say about it. I think they'll like it and probably the irritating half-sentences that bother this crabby old teacher-librarian won't even be noticed.
Posted by Sue Bursztynski at 7:39 PM