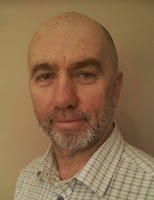 Some years ago, I taught the verse novel The Simple Gift by Steven Herrick to my Year 11. It's a gorgeous story, gentle and warm, about a friendship between a boy who has run away from his father and an older man who has lost his family, both living in railway carriages in a fictional part of regional Victoria called Bendarat. My students and I loved it - who would have thought there were so many autobiographical elements in it?

And it can mean something to younger teens as well. Cassandra, Loc, Inaam  and Caitlin are Year 7 and 8 students and simply adored it. They said they had originally not liked the ending, but read it again and changed their minds, agreeing that it was, indeed appropriate.

Mr Herrick has written many other books since then, including one recent one called Pookie Aleera Is Not My Boyfriend, a delightful verse novel shortlisted for the 2013 Children's Book Council of Australia Book Of The Year. He is also an amazing performance poet, who once visited my school. Considering all the things he has been doing, it was truly kind of him to pause in his busy life to speak to some fans.

Read the questions and answers below and if you haven't yet discovered Steven Herrick's work, what are you waiting for?

•                Why was the book called ‘The Simple Gift’?
It’s named after a poem in the book. When I wrote that poem, I knew I should call the book that as it summed up my thoughts on what Billy (and to a lesser extent, Caitlin) were offering Old Bill - the simple gift of time, friendship, love, acceptance.

•                If you wrote a sequel, would Old Bill return?
Many people have asked me to write a sequel. But, sorry I won’t. I’m happy where it ends because I think each of the main characters now has a future different from when the story began. Having said that, I imagine any sequel would involve Old Bill returning and perhaps being a surrogate father to Billy.

•                In the end of the book, Old Bill left and moved to Queensland - why did it end that way?
I wanted Old Bill to make a symbolic journey to Qld to perhaps rid himself of the guilt and negative memory of his loss. He was making a pilgrimage to be where he knew Jesse would approve of. Like the way people put the ashes of loved ones in special places.

•                What character did you like the most? My favourite is Billy because even though he has a hard life, he still continues.
Billy was certainly the reason I started writing the book. I wanted to focus on how he is a positive life-affirming young man. In the end, however, Old Bill became my favourite. I guess because I’m much closer to Old Bill’s age than Billy’s!

•                How did you come up with the idea for this story?
A lot of the minor aspects are based on my life when I was young. I slept in a disused train carriage in Ballarat, I stole scraps from McDonalds, I jumped in a speedboat on a train, I swam in the river to wash. But, the bigger story is fictional. While I met lots of men like Old Bill, I didn’t meet a particular man with his tragic story and Caitlin was a figment of my imagination! I wanted to write a story where young people influence an older person, not vice versa.

•            The story was mostly about Old Bill, Billy and Caitlin’s relationship, what would happen if one of the main characters wasn’t in the story? Caitlin, for example?
I couldn’t imagine the story without each of the three leads. They each have their own values and character they bring to the narrative. Most of my books tend to have three, or perhaps four main characters. Except Cold Skin, which has nine! ( Cold Skin was a terrific thriller all in verse!)

•                The town Old Bill and Billy met was called Bendarat, which was a mix of Bendigo and Ballarat - why make a fictional place when these are real places?
So I don’t have to be 100% accurate to the ‘real’ place. I can create the town in my mind and on the pages. Authors like to be totally in control of their story. Also, Ballarat has changed quite a bit since I was there in the 1970s, so even if I made it completely accurate, it would not be like the Ballarat of today.

•                Do you think Billy ever meets up with his father again?
More appropriately, do you think Billy meets his father?  I’d say it’s unlikely. Billy runs away to avoid violence, a smart move. He builds a potential life for himself in Bendarat. I can see his relationship with Caitlin and Old Bill growing, but not so much with his dad.

•                Why didn’t Billy’s mum play a role in the story?
I wanted to focus on Billy’s future with these new people. I imagine his Mum left home to avoid the violence much like Billy does. The beauty of a verse-novel is I can skip over some of the necessary ‘back-story’. Or, at least, I hope I can.

•                Are any of the characters based on real people?
Billy is a very little bit like me when I was young, in that he presents a positive face to the world. I’d like to think I still do that. But, no, the other two characters are fictional.

•                Why was the story written in people’s different views?
Simply put, there are always two or more sides to every story. I like showing things aren’t always black and white. It’s in the grey where drama happens. It means I can write stories from different ‘camera-angles’ like a director in a movie would. For example, when Billy and Caitlin first meet in McDonalds - the scene is told from each perspective.

•                Why did you make Billy’s father an alcoholic?
I like beer, myself, but I recognise that alcoholism can be one of the most damaging elements in a family.

•                Why didn’t you make Caitlin’s parents know about Billy’s and Caitlin’s relationship?
I didn’t really want to broach the issue of them ‘moralising’ about Billy in this story. I think Caitlin’s parents get a tough time enough in this book, in that I’m showing them more concerned with Caitlin’s ‘economic and social’ well-being rather than her ‘soul’. We as parents worry too much about the minor things in our child’s life rather than what sort of person we want them to be.

•                Do you think Old Bill’s daughter’s death made a big impact on his relationship with Billy?
Absolutely. You could argue that both male characters have lost someone important - Billy has lost his dad through alcoholism and Old Bill lost Jesse through an accident. In a way their relationship in the book is built upon respect, acceptance and love - perhaps the building blocks of what family relationships should be built upon? They  each adopt a new family and attempt to move forward in their lives.

Do you have a new book coming out?

My next novel, to be published in May 2014, is called Bleakboy and Hunter stand out in the rain and it's for ages 8-13, approximately.

We'll look forward to reading it, Steven. Many thanks for dropping in on The Great Raven!