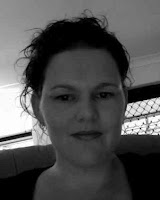 Today’s post is an interview with Tehani Wessely. I have known Tehani since she was with the Andromeda Spaceways publishing co-operative, of which she was a founding member (I came along in the next wave). Whatever she says below about it being an apprenticeship, it was a highly impressive apprenticeship. It is true that she got her practice in publishing there. Tehani, like Miffy Farquharson, whom I interviewed earlier on this blog, is also a judge in a number of book and writing awards. Stuff the comic book superheroes, Tehani Wessely is Superwoman and a nice person on top of it all. Welcome to the Great Raven, Tehani!

SB:You’re a teacher-librarian, a mother, a publisher, an editor, a blogger, a reviewer, a podcaster, a judge for three major awards (the Aurealis, the WA Premier’s and the Children’s Book Council, have I missed anything?) - how do you manage to fit it all in?

TW: That’s a very good question! I guess a lot of what I do involves reading, which I have always devoted a lot of time to (and I do read very fast – not always a good thing!) so it’s just a normal part of my routine. Luckily, a lot of judging reading overlaps, although the deliberations are always very different! I don’t watch much free-to-air television, or do a lot of outside the internet socialising, and if I’m being honest, I REALLY don’t get enough exercise, so I guess that’s where the time comes from! J

SB: How did you get the judging gigs you have had?

TW: The first time I judged was for the Aurealis Awards. I put my hand up a few years ago when Fantastic Queensland was running the Awards and called for judges, and was made convenor of the Fantasy Novel panel. It’s just grown from there – I’m now the judging co-ordinator for the AAs, and I think my other judging opportunities owe a lot to that experience as well. The first year I did WA Premier’s it was again just a simple matter of applying (and I think they were desperate – I shortlisted two categories on my own!) – I’m about to finish my last year for that, because you can only do three years in a row then have a couple of years break. CBCA was fantastic, and I’m only sad I couldn’t do my two year rotation (the judges are state-based and I moved interstate. I didn’t think it was very fair to the WA members not to have their judge accessible to them!).

SB: How many entries did you receive for the Children’s Book Council Awards and how long did it take to read and comment on them?

TW: I think we received over 400 entries across four categories. CBCA is great because from about May through to the following March, you receive a box of books every three weeks to read and comment on. The deadlines are nice and firm, and it keeps you on track, so although you’re reading a heck of a lot of books (many of which are picture books or quite short chapter books, which makes it easier!), it’s spaced out over the year.

TW: There are quite extensive criteria for the CBCA awards, which are available on the CBCA website - http://cbca.org.au/userfiles/file/Downloads/Nat%20Site/2011/awards%20criteria.pdf Naturally, literary quality is an important factor in all awards, but so is age appropriateness and many other elements. What’s interesting about judging for different awards is seeing the different focuses, and also how discussions differ in different types of panels – CBCA is eight people, face to face in an intensive four day judging conference in which EVERY ENTRY is looked at again; WA Premier’s is two people for initial shortlisting, then four/five for final decision (face-to-face meeting in an afternoon); Aurealis Awards is completely online, with three to four panelists. You can judge exactly the same books and get very different results – fascinating!

SB: What did you do with all those books you received?

TW: Most I donate to my local school/s – my own school library does very well out of me, as do my kids’ school. I give some to friends, and keep special ones for myself. I try to be ruthless about what I keep though – we’ve moved around a lot and boxes of books are HEAVY.

SB: I’m told that sometimes the difference between a Notable Book in the CBCA awards and a shortlisted one can be one vote - did that happen this year?

TW: Each book is shown to the judging team at the conference – if it receives at least half the team’s vote, it’s put forward for discussion to be Notable. The process is very straightforward – a certain number of votes are required for a book to get this honour, and then each of the Notable books is discussed and voted on to work to a shortlist. Then we vote again for Winner and Honour books. Each stage has clearly delineated rules about number of votes needed for a book to make it through. And yes, there were books this happened to – I imagine there would be every year!

SB: Would you do any/all of these judging jobs again?

TW: In an instant! I really enjoy the process, and the discussions you can have with other judges – I’ve never been in a book club, but I daresay I get the same sort of thing from judging!

SB: Tell us about Fablecroft Publishing, the company you founded.

TW: I started FableCroft after about eight years working in collaborative groups in Australian small press. Andromeda Spaceways Inflight Magazine was really a kind of apprenticeship for me, and an experience I’ll always treasure for the friendships I made and the lessons I learned. But I eventually decided I really would like to do some projects on my own, and thus FableCroft was born. It’s been ticking along nicely since the first book, Worlds Next Door, came out in 2010. I did two books that year, just one in 2011 (I also helped run a major science fiction convention that year, which ate a lot of time!), and two already in 2012.

The amount of work required for the press comes in fits and spurts, depending on where in the publication schedule I’m at – I’m always looking for marketing opportunities, and do regular newsletters with Twelfth Planet Press, as well as mailouts to retail outlets, update the press’s social networks and am usually working on one project or another at various points of the publication process! Slushreading is perhaps one of the biggest time factors – for Epilogue, which was open internationally, I received almost 200 submissions, which translated to over 900,000 words of fiction. In the first two weeks of the submissions call for the new anthology, One Small Step (closes September 30), I’ve had a dozen stories submitted – it will be interesting to see what the final numbers are like for this book, as it’s open to Australian authors only.

I love working on FableCroft – it lets me be creative, and support our local authors. As with Andromeda Spaceways, I really enjoy seeing new(ish) authors I published early in their careers go on to wonderful success, and is one of the reasons I formed the publishing house. It’s also really great when stories I’ve published are recognised at awards time, because it means that other people agree that the stories are as good as I think they are! A FableCroft story won an Aurealis Award for the first time this year, which was very exciting (yay Thoraiya!), and we also have stories being reprinted in the Ticonderoga Year’s Best collection later this year. Awards are not the reason I publish, but it’s a lovely bonus.

SB: Small press publishing seems to be thriving in Australian speculative fiction in recent years. Do you agree - and if so, why do you think this is the case?

TW: Personally, I would agree that independent press seems to be thriving in Australia, but I’ve only got a decade long perspective to work with. Certainly it seems in our history, we’ve had other boom periods, but the difference today is, I think, visibility and accessibility. We live in a connected world, and it is both much easier to actually CREATE such things, thanks to the advances and lessening costs of printing/publishing, as well as to be AWARE of them, due to social networking. The noise-to-quality ratio may also be increasing, but authors can certainly find more publishing opportunities now than ever before, and those opportunities seem to be growing too. It means we know more about what is out there, both within Australia and internationally, and can easily find publications we’re interested in reading, and interested in submitting to. It’s a great and scary time to be involved in publishing – so many changes, and so many opportunities. Pretty awesome, really! 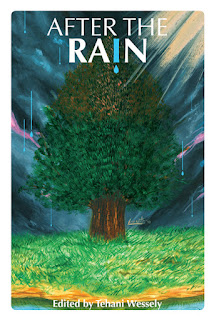 www.fablecroft.com.au. If you're a teacher or school librarian or both, you might like to check out Worlds Next Door while you're there. There are some free sample stories to download and some of the stories have been read aloud by the authors.

Posted by Sue Bursztynski at 12:23 AM