Recently, I received a copy of this book, which is available here.

It's an anthology of short, humorous stories for children, the fourth in a series. There are contemporary tales, such as Felice Arena's story about a Dad who embarrasses his son by dancing at the school dance, over-the top humour like Andy Griffiths' short piece taken from one of his early books, fantastical stuff about families confronted with aliens and much more. The story "The Feral Fairies Of Foggarty's Field" is different again from the others, featuring, as it does, three very unusual fairies - I'll let the author tell you about it below.

Katrina Nannestad is the author of several books for younger readers. She grew up in NSW and now lives with her family and a dog called Olive in Central Victoria.

The book below is the first in a trilogy and the third will be out later this year. 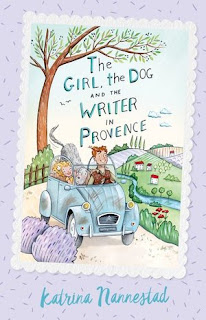 SB: Let’s start with a simple and obvious question - where did your idea for “The Feral Fairies of Foggarty’s Field” begin?


KN: This is always a tricky question because one story may spring from many sources. I’m sure that childhood memories, current experiences, musings, random words and strange imaginings all bubble and bloop around in my mind until, suddenly, a few bits collide, stick together and begin to grow into a story. But I’ll do my best to answer in a normal, sequential manner.

When I was little, my mother gave me a book that she had owned as a child - Flower Fairies of the Spring. The fairies were pretty, polite, clean and graceful. I was loud, clumsy, scabby kneed and little bit cheeky. The fairies lived in a land filled with European flowers with strange names like lady’s smock, wood-sorrel and stitchwort. I lived in country NSW in a world stuffed with gum trees, melting tar roads and a menagerie of strange but beloved pets. In short, I thought my world and my life were far more exciting than those of the prim flower fairies. The flower fairies did not make for exciting or relatable reading.

Years later, searching for a fun story idea, I started writing about the kind of fairies I would have enjoyed reading about as a child - rough, rude, fairies who would laugh too loudly, eat too much cake and fly into closed windows and parked cars. I began to write a chapter book called The Feral Fairies of Foggarty’s Field, but it was a little too raucous. Kids might have liked it, but parents and publishers would not. Even though I was having great fun in Feral Fairyland, I put the book aside.
Last year, I was asked to write a short story for a fun anthology. So I dusted off the feral fairies novel and turned it into something short and sweet … or, rather, short and naughty. But not too naughty.

SB: Your feral fairy heroes, Bob, Kev and Darren seem to be very Australian, but the other fairies aren’t. Was this deliberate?


KN: Absolutely! There are enough books filled with pretty, graceful fairies who look and speak like they have just stepped out of a posh British boarding school or a Swiss finishing school. We need some fairies of our own - Australian fairies like Bob, Kev and Darren.

But any good story needs a problem at its core. Setting my rough Australian fairies in a world filled with traditional European fairies provided a good starting point for conflict and, of course, humour.


SB: Tell me about Bob, Kev and Darren. They seem to be kind-hearted, even if they do mess up their supervisors’ rounds. What did you have in mind?

KN: I wanted the feral fairies to be funny and likeable. Having poor judgment or being rough around the edges doesn’t mean one has a wicked heart. Just look at Kev and that dreadful mishap with the tooth. Shoving the tooth back into the child’s mouth was really stupid, but it was meant as an act of kindness.

I love to write about characters who are high-spirited (naughty in the eyes of adults) but likeable - like Wes and Fez in my Red Dirt Diary series, Inge Maria in The Girl Who Brought Mischief, and the students at Mrs Groves Boarding School for Naughty Boys, Talking Animals and Circus Performers in my Olive of Groves series. I was a bit like this as a child - well-meaning but inclined to misjudge situations. I hope children will identify with my impulsive characters - or at least get a giggle out of them. 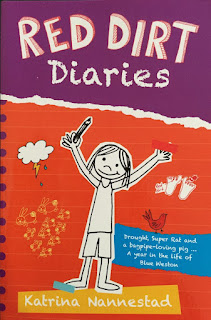 SB: Did you read stories about flower fairies and pony fairies, etc. in your childhood? If so, did you take them seriously or did you find them annoying even then?


KN: After that initial experience with Flower Fairies of the Spring, I was not interested in reading about fairies. Had there been a chimpanzee fairy, a chocolate cake fairy or a mud-wrestling fairy, my interest might have been piqued. But, alas, there was not. The fairies I met were all boring little do-gooders. I cannot recall thinking kindly of the fairy fraternity ever again.

I preferred to read comics - especially ones about Donald Duck and his friends. The characters were very naughty and got themselves into ridiculous scrapes. Comics were far more exciting and humorous than that fairy book, or any other book I was shown.

SB: What are you working on at the moment? And when will it be available?


KN: I am currently working on a novel called The Girl, the Dog and the Writer in Lucerne. It is the third and final book in a mystery-crime series.  I’ve had an enormous amount of fun writing these books and travelling through Europe in my imagination. I’ve gossiped with pigeons in Rome, I’ve wandered through fields of lavender in Provence and now I am scaling mountains and nibbling chocolate in Lucerne. And, all the while, I’ve been developing - and solving - mysteries. I get to be creator and sleuth!

I’ll really miss my characters when I am done with this series - especially Finnegan, the overgrown Irish wolfhound. Finnegan licks, raids rubbing bins, chases his tail and gobbles with gusto - pizza, croissants, sausages, schnitzels, socks, bed linen, books….  He also has a heart as big as his appetite. Dear, faithful hound!

The Girl, the Dog and the Writer in Lucerne will be available in October.

Here is where you can get Katrina's novels on Booktopia.

They are also available on Amazon and Book Depository.

Posted by Sue Bursztynski at 11:09 PM

I think that the title of he Feral Fairies of Foggarty’s Field is cool. I like the idea of rough fairies :) It is good when writers do something different.

Yes, I thought she did a good job here too.