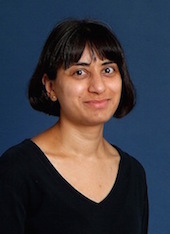 Today’s guest post is by Michelle Cooper, author of the brilliant YA Montmaray historical fiction trilogy and a sort-of-historical novel set in the 1980s, The Rage Of Sheep. I’ve read all her books so far, and loved them all. The Montmaray books are set before and during World War II, about the adventures of the royals from a tiny kingdom in the Channel Islands, about the size of The Mouse That Roared’s Grand Fenwick, with a royal family that milk the goats and clean the castle. Because they are royalty, though, they are able to observe the events in upper class England in the 1930s, when they have to flee there. I’ve reviewed the first two novels here.

With her new book, Dr Huxley’s Bequest, Michelle has written a book of a type known as “creative non fiction.” I’ve started reading it and am enjoying it very much so far.

Take it away, Michelle!

I love writing historical novels for teenagers, but after finishing my Montmaray trilogy, I needed a bit of a change. Maybe I could write some non-fiction for teenagers, I thought. I enjoy reading non-fiction, especially popular science books. I’ve spent most of my life working in health sciences and I’m passionate about health education. What about some creative non-fiction along the lines of Sophie’s World by Jostein Gaarder, I thought, except instead of a history of philosophy, I’d have my teenage characters solving a mystery about the history of medicine. I’d include illustrations and plenty of jokes alongside the fascinating facts, but it would also be a thoughtful exploration of the beauty and power of scientific reasoning. Surely my publishers would LOVE a book that aimed to make science interesting and entertaining for teenage girls!

Nope. My publishers HATED it. They acknowledged it was well written, but they just didn’t believe it would sell in sufficient quantities. They advised me to take out all the history and science – which, given that it was a book about the history of medical science, would have turned it into an extremely short book. They said teenagers, especially teenage girls, weren’t interested in history or science. I was told creative non-fiction for teenagers would be impossible to market because booksellers “wouldn’t know which shelf to put it on”. My agent dutifully sent the manuscript to other publishers, but times are tough in Australian publishing and no one wants quirky, thoughtful books that are unlikely to become bestsellers. Eventually I realised the only way this book was going to exist was if I published it myself.

So that’s what I did.

I’ve been fortunate that the self-publishing industry has developed so rapidly in the past few years. There’s still some stigma attached to publishing your own work (and to be fair, there are still a lot of really terrible self-published books around), but a number of established Australian authors, including John Birmingham and Ellie Marney, have turned to self-publishing. It’s now possible, in a way it wasn’t ten years ago, for an author to turn their own manuscript into a professional-looking book available for sale worldwide in print and ebook formats. Hooray for the internet!

Self-publishing (or independent publishing, as some prefer to call it) does take quite a lot of time, money and effort, though. I did a tonne of research into how self-publishing works, then hired an editor, a cover designer and a book designer to prepare my manuscript for print and ebook publication. I set up my own (tiny) publishing house, located a printer and distributor, and sent out press releases and review copies to appropriate journals, magazines and blogs. It definitely helped that I’d had some experience in the book industry through my traditionally-published books. This meant I had background knowledge of the book world, but also that the reviewers I approached were often willing to look at my book, because they recognised my name.

I didn’t publish my own book because I thought it would make me rich and famous. I’m still not certain if I’ll earn back the money I spent publishing this book. However, it’s been an immensely rewarding experience in other ways. I’ve been able to observe the book industry from a fresh perspective. I’ve relished being in charge of every single aspect of my book, from proofreading and illustrations and cover design to pricing and publicity. I have access to far more information about how this book is selling, compared to my previous books. I receive detailed statements each month telling me how many books I’ve sold, in which formats and where I’ve sold them, and I get royalty payments deposited in my bank account every month (and I earned more in royalties for this book in the first month than I did for the past six months of worldwide sales for my four traditionally-published books).

Traditional publishing houses still offer many advantages to authors. They have vast teams of experienced, well-resourced professionals who work hard on the books they believe in. I’ve promised my agent that I’ll send him my next manuscript so he can send it out to publishers – but if they don’t want it, I’ll be happy to self-publish it. It’s an exciting new world of publishing out there now.

Dr Huxley’s Bequest: A History of Medicine in Thirteen Objects

A mysterious bequest sends Rosy and Jaz on a race against time to identify thirteen strange and wonderful objects – which turn out to tell the story of medicine, from the superstitions of ancient Egypt to the modern-day ethical dilemmas of genetic testing.

Can unicorns cure leprosy?
What secrets of the brain did Michelangelo conceal in his Sistine Chapel paintings?
Did a zombie discover the cure for scurvy?
Does homeopathy actually work?
Why did an Australian scientist decide to drink dangerous bacteria?
Is grapefruit evil?
Did the bumps on Ned Kelly’s head predict his fate?
And how exactly did parachuting cats save a village from the plague?

An exploration of the beauty and power of scientific reasoning, for thoughtful readers aged twelve years and up.

For more information about Dr Huxley’s Bequest, including an excerpt from the book, teaching resources and a virtual tour of the real-life setting, visit www.michellecooper-writer.com/huxley.html

Sue: Or you can buy it right away on iBooks(I did!) if you can't wait, and I see Booktopia has all her books, including this one, here, if you prefer paperback.

Follow Michelle on Twitter @mini_memoranda or visit her blog, Memoranda, at www.michellecooper-writer.com/blog
Posted by Sue Bursztynski at 5:46 PM

Hi Sue and Michelle - it sounds an awful lot of fun ... and I'm amazed no-one picked it up to publish it: however you took the opportunity to self-publish and learn at the same time ... brilliant ... I may well buy - cheers for now - and great choice Sue to have Michelle over here ... cheers Hilary

I obviously had a senior moment and never pushed the post comment button! Loved this Sue - and what a great idea to have Michelle over here. I'm surprised that the publishers didn't pick the book up - but when an opportunity to learn appears ... you've grabbed it so your Dr Huxley can see the light of day ... clever idea. Cheers Hilary

Guess what, Hilary? You did push the post button, but easy to get confused, because I’m set to “approve” comments(due to a lot of spam years ago). Never mind, I’m sure Michelle will be happy to see it repeated. By the way, I do recommend her other books as well. They really get the feel of wartime England.