Books I Had Trouble Getting Into, Then Loved 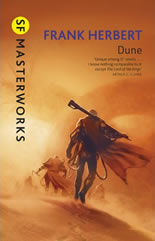 We all have books we took a while to start reading, then wondered why we'd waited so long to get stuck into them, don't we?

There are some which took me a while because I got Volume 2 or 3 for reviewing without having read Volume 1, and it mattered.

There's Sean Williams's Jump, volume 1 of  the Twinmaker trilogy. I really should have had a go since a couple of my students had read it in manuscript and loved it. We had it in the library at the time(missing! Where is it now? I had to buy another copy for a student). But I just didn't get past the first two pages. Anyway, when I was offered Volume 3 for reviewing, I explained that I hadn't read the others. The publishers shipped them out to me and I read and reviewed them all on this blog and all I can say is, wow! How could I have been such a - teenager! - about trusting the author with more than a page or two? Especially when it went deep into the complications you might get in a world where you really did have a teleport and replicator, something I'd loved in Star Trek...

Jaclyn Moriarty's Colours Of Madeleine trilogy. I had been sent the second volume, The Cracks In The Kingdom, for reviewing, but that was a series in which you really did have to read Volume 1 to make sense of the rest. The characters, problem and universe had all been set up in the first book, A Corner Of White. Then I was asked if I wanted to do the blog tour for the third and said, only if I could read the first volume. Again, they gave me a copy of Volume 1 and 2(again, the copy of Volume 2 was missing from the library). I read and was overwhelmed. Wow! What if there was a cute boy/girl who lived in another universe? And the boy's universe had colours that could kill you? And the royal family were missing? Just - wow! Why, oh, why, hadn't I hunted up the first book earlier?

Then there are the classics. Dune by Frank Herbert. I admit I never got past the first book in the series, but even this one took several tries to finish. The universe is as complex as Middle-Earth and I don't say that lightly. The prose is dense, the story complicated and the characters are not easy to love. So it took me about four attempts, even after meeting the author. Frank Herbert came to Australia for a Swancon and, as was the tradition at the time, visited Melbourne's Space Age bookshop afterwards. He looked like Santa Claus and was just as jolly! I think the only writer these days who comes close in popularity to Frank Herbert back then is George R R Martin, except I doubt the latter would come to a bookshop for a signing now, probably for his own safety - so many of his newer fans aren't spec fic readers and you never know who would turn up in those huge mobs. I remember being glad I'd seen Mr Herbert at Space Age because when he came to Aussiecon in 1985, the signing queue went all the way down the stairs.

Anyway, I tried again and eventually I finished it and was blown away by the sheer power of it. I've bought the ebook and am reading it again.

Oh, and these days, when my sister makes a cup of tea for me and doesn't fill it, I say, "Is this planet Arrakis?" because, of course, on Arrakis the water is so hard to get that when someone spits at you, it's a compliment - they are sharing their body's water.

The Lord Of The Rings is a book I've read many times over the years, but it took me a very long time to get into it. I'm not sure why. I first bought it while I was at university, from the Monash University bookshop. Everyone but me in my year had read it, including the staff. And yet, I just couldn't finish it. Then, one day, many years later, I was on holiday at Sorrento, too tired from work to be bothered with doing touristy stuff. All I wanted to do was go sit on the beach and read. I had brought along my Monash Uni copy of Fellowship Of The Ring.  Again: wow! Suddenly, I found myself whisking through it and finishing the other volumes after I got home - and buying illustrated editions. And I read the Appendices, where you got the details of what happened next and Elvish languages and runes and such. I found myself buying the History Of Middle-Earth books, which included stuff cut out of LOTR or information about the various characters, even that scene which was shown at the beginning of The Hobbit movie part 3, where Gandalf meets Thorin Oakenshield at the pub. It was  originally a story he was telling to his friends in Minas Tirith, when they're waiting for Aragorn's coronation. He concludes that all the things that have happened to them and the saving of Middle-Earth wouldn't ever have happened if he hadn't met Thorin that night. And I would never have read all this wonderful stuff if I hadn't been too tired to be bothered doing tourist stuff at Sorrento...

So, these are a few of my favourite books that took me a while to get into. What are some of yours?

Posted by Sue Bursztynski at 4:51 PM

You're more persistent than I am. If I don't get into a book by the third chapter, I don't pick it up again. I never read Tolkien, but I was a big SF fan when I was younger and devoured the DUNE series very quickly. The world-building was fabulous! Have a great weekend, Sue!

Yes, amazing world-building. When we got to speak to Frank Herbert at Space Age, I asked him, "Did you work out the universe first or as you went along?" and his reply was, "I didn't write a word of the novel till I'd worked out the universe completely!" Wow! But that might explain the quality of the world-building, except if I had to spend months on developing every last planet and culture and race, I'd never get the story done! And Robert Silverberg said just that at a Worldcon I attended, so not just me. I read and research and outline, but that's it.