Michelle Heeter's YA novel Rigg's Crossing was published in 2012 by Ford Street Publishing, which is known for its confronting fiction. The heroine, found unconscious after a car crash, apparently doesn't remember who she is or at happened, so is called Len Russell, for a name on her t shirt and sent to a youth refuge after leaving hospital. But Len remembers more than she is admitting and some of it comes back in flashbacks. Len's former life was not pretty....

SB: You're a technical and adult writer - what made you decide to have a go at YA fiction?

MH:  I was undecided as to whether to try to get Riggs Crossing published as Young Adult or as general literary fiction. I chose YA, thinking that a book with a teenage protagonist would have more appeal to a younger audience. When I found a publisher, I discovered that I was woefully naïve as to the restrictions of the genre. If I’d known about them, I might have chosen general fiction rather than YA.  In YA fiction, you can’t include any material that is politically incorrect, or that might offend teachers, librarians, or parents. Of course I didn’t write the book intending to be offensive, but sometimes a character will use bad language or come out with a politically incorrect remark. Since several of the characters in the book are professional criminals, it was a major task to tone down their language, yet still be realistic. But even though it hurt my pride to have to cut certain parts of the manuscript, I knew I was lucky to find a publisher who would take the book as it was, then help me through the editing process to make it appropriate for the YA genre.


SB: What gave you the idea for this novel?

MH: A series of disturbing experiences gave me the ideas for the novel, and an extended period of boring, ill-paid jobs gave me the motivation to sit down and write the book. I knew I had a story worth telling, and being bored out of my brain at work made me want to exercise my mind by doing something creative.


SB: How much research did you have to so for this? Dope cropping, for instance, and life in the youth refuge?

MH: For the aspects of dope growing, I relied on a boyfriend who’d been involved in the drug trade before we met. I wrote down what I could remember of his stories and shaped them into a narrative. Then, on several occassions, I asked him to sit down and let me ask him questions while I worked at the computer. I read dialogue aloud to him to make sure it sounded authentic. These sessions were usually late at night, my best time for writing. They also involved a fair bit of alcohol, as talking about his criminal past stressed him. As the session progressed, I would have increasing trouble keeping him in line. He wanted to commandeer the computer and write my novel the way HE thought it should be written. It drove him crazy when I would change his material to make it fit my novel. These sessions frequently ended in screaming arguments.

I did online research about children in state care. I decided not to try to interview any children in refuges, for several reasons.  I couldn’t justify using the trauma that these children had gone through in order to create a novel. I felt like I had nothing to offer in return.  Also, I didn’t know whether I was going to like these kids or the people who looked after them. One of the unfortunate aspects of my personality is a penchant for lampooning people I don’t like. What if someone who’d helped me with my research found herself made into a silly or unlikeable character in the book?  I think it’s fine to use other people’s experiences as material, but skewering someone in print after they’ve done you a favour…No, I couldn’t have done that.


SB: Len seems to get great comfort from working with horses - is this something that is important to you too?

MH: Very much so.  I started riding horses by accident, when I was fat and unhappy with just about every aspect of my life. I had signed up for a dance class at a city evening college, but the class was cancelled. The college asked me if I wanted a refund or if I wanted to take a different class. I picked up the catalogue and chose “Horse Riding 1” on a whim. Horses changed my life. I lost weight, made friends, and developed confidence. Eventually, I was able to part-lease a horse and ride twice a week on my own in Centennial Park.  In the past few years, I’ve become too busy with other commitments to ride regularly. I miss the horses, and hope to start riding again this autumn.

SB: How much of this novel is based on reality?

Hmmm….Most of the characters, even the minor characters, are based on real people. These are people I knew well, people I knew slightly, and even strangers I encountered or observed in public. As for the events in the novel, the murders that take place in the story did not actually happen, but I am confident that they are realistic. Part of doing the research for the murder scene involved staging pretend gun battles with the help of my then-boyfriend, who had unfortunate experience with firearms and with people who are capable of extreme violence.  I thought of it as blocking a scene in a play. I drew diagrams of bullet trajectories and carefully went over the logic of the sequence.  I asked my boyfriend a lot of questions. “Who fires first? Where is the shooter’s accomplice standing? How many shots would he fire? Would he get out of the car before shooting the other guy?” Fortunately, I’ve never had to witness a murder. Thanks to the input of someone who knows the psychology of people who are prepared to kill, I am confident that that the aspects of the book dealing with criminality are true-to-life and within the realm of possibility.


SB: Do you have a favourite character? Len's tutor, for example, has the same name you used for a pen name...did you write yourself into the book? ;-)

MH: Len is my favourite character, and I was rather hurt when readers of early drafts of the novel complained that she was nasty and unlikeable. Her personality is what I would like to be—tough and resourceful. In the end, I had to tone down her hostility several notches.

As for Renate Dunn, I guess she represents what I could have become if I’d pursued an academic career.

SB: Is there any special message you'd like your readers to take away from the book?

MH: I didn’t start the book with any particular message in mind; I just wanted to tell a good story. Now that the book is finished, I guess I’d like people to think about how much human potential is squandered because someone was born into the wrong family or has suffered a series of tragedies.  The derro you see in the park, the girl who does sex work, the man behind bars—all of them have a back-story which is unpleasant or sad.  Very few people are born evil or choose to live on the margins of society.

SB: Are you working on something right now?

MH: No. I have a half-finished draft of a YA book set in America, but I dread the thought of finding an American publisher. Also, the story requires multiple points of view, which I’ve never attempted before. I was having trouble getting some of the characters to talk to me, so I’ve put the project aside for the moment. And unlike when I was writing Riggs Crossing, I have a day job that involves writing and is challenging and absorbing. I no longer have the sense of desperation that motivated me to write Riggs Crossing.

SB:Thanks for answering these questions and good luck with your sales!


Michelle Heeter was born in the U.S.A., studied English at university, spent most of her twenties in Japan, and moved to Sydney in 1995.  She is now an Australian citizen. Michelle started writing for women’s magazines, and eventually moved into technical writing and copywriting. Michelle loves to travel, and enjoys ocean swimming and horse riding. 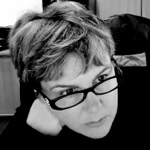 Posted by Sue Bursztynski at 2:41 AM