Happy Bastille Day, everyone! (And belated happy birthday to Harrison Ford, Star of some of my favourite films).

In honour of the day, I’ll chat about a few French or French-themed books, in no special order. Just a few!

We’ll start with the historical romance Desiree by Anne Marie Selinko. Desiree Clary was a real person, Napoleon’s fiancée before he dropped her to marry Josephine. She married one of his Marshalls, Jean-Baptiste Bernadotte, who eventually became King of Sweden. The historical Desiree was a very strange woman - maybe “weird” would describe her better - but novel-Desiree is delightful and likeable, beautifully played in the film by a well-cast Jean Simmons. The novel is written in the form of a diary, beginning when the heroine is fourteen and ending with her coronation as Queen of Sweden. Conveniently, it lasts her all those years, so must be quite a thick book, but that’s fiction for you. Desiree is a silk merchant’s daughter whose family are passionate about the Republic. As Napoleon shows his ambition more and more, Desiree is put off a man she once loved. The Napoleonic era is seen through her eyes. I don’t know if the print version is still available, but you can buy it in ebook.

Next, the Father of Science Fiction, Jules Verne. (The Mother of SF, of course, was Mary Shelley, but she was British). I confess I have only read a small amount of his fiction so far, though I have seen a lot of the film versions, but even when his novel is an adventure rather than SF, he is interested in the science of his time. Around The World In 80 Days, for example, isn’t speculative fiction, but it does start with an argument over how fast current technology will allow you to travel around the world. The hero, Phileas Fogg, a man who can only be described as obsessive compulsive in his habits, is willing to bet his entire savings on proving this. He travels with his valet, Passepartout(the novel’s French viewpoint character), who only took the job because he thought it would be nice and peaceful,dammit, and, later, Aouda, a widow rescued from her husband’s funeral pyre. It’s hilarious - and, in the end, proves that 80 days is, indeed, enough time.

And then there are the actual SF books. He was using the science of his time to ask, “What if...?”, and he did his research. His voyage to the moon sets off from Florida, for example. He had some disagreements with H.G Wells, who sneered at his moon novel, Voyage To The Moon. Verne’s response was that at least he had done his research instead of inventing some fictional element(the equivalent of those South American poisons in so many whodunnits before Agatha Christie). Which is fair enough - Wells wrote SF, yes, but his real interest was in society, so that in The Time Machine the descendants of the rich are living in the sun, doing nothing for themselves, and being fed on by the descendants of the poor, living underground. If it took some handwavium to get his story going, that’s what he would do.

Our very own Sophie Masson, French-Australian YA author, has written a lot of fairy tale themed stories for our delight. Two of them are Hunter’s Moon, Snow White set in the 19th century, in which the heroine’s father is the owner of a chain of department stores and the evil queen is her sophisticated fashionista stepmother, whom she admires until the lady tries to have her killed, and Moonlight And Ashes, Cinderella set in the same universe, also the 19th century, which goes as far as the ball, then takes a dramatic turn. I’ve reviewed both books on this blog - check them out. More recently she has done Black Wings, a straight historical novel about the French Revolution. Apparently, some of her ancestors lived in the region where the story is set. 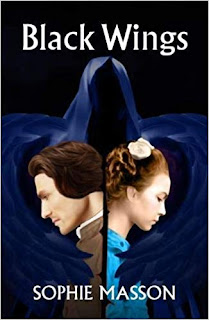 An alternative universe YA novel by her is the unusual Hand Of Glory, set in a Victorian era Australia in which the English and the French share the country. Apparently this was a possibility. It’s a fantasy novel as well, and well worth a read. Not sure if it’s still in print, but worth checking.

In her role as a publisher, she has published Jules Verne’s adventure novel Mikhail Strogoff, translated for the first time in a century. She read it many times in the original French, but the only English translation was poor, so she commissioned a new one. It’s a beautifully-illustrated little hardcover, now available on line.

Among the classics is The Three Musketeers by Alexandre Dumas. If you think “classics - boring stuff we had to read for school, dead white males!” think again. A book becomes a classic because people keep reading it, and loving it. It’s not for nothing that it has been filmed over and over and inspired other fiction, including Tansy Rayner Roberts’ Musketeer Space, a gender-flipped queer version set in space. And by the way, written by a dead POC, rather than a dead white male. This is one I discovered for myself, and read all 650-odd pages in a day. Great fun, and you can get it free on Project Gutenberg, though you may prefer a more recent translation.

Joanne Harris’s Chocolat was a delightful book with just a touch of fantasy, in which the heroine, a chocolatier in a small French village, devises chocolates according to people’s personalities. There was also a film version, with the amazing Judi Dench as a villager.

Any favourite French themed or French books in your pile?

Posted by Sue Bursztynski at 6:46 PM

I haven't read the book Chocolat, but I really enjoyed the movie. Actually, it wasn't that long ago I was thinking I wouldn't mind rewatching and now your post has me thinking of it again.

Absolutely re-watch, but do read the book if you can. It has fantasy elements not in the film. As I said - just a touch, but still...

Happy Bastille Day! I need to read more French literature. I also have seen more Jules Verne films then I have read books. I like fanciful stories so I should give a few of his books a try.

Hand of Glory sounds interesting. I tend to like alternative Histories.

Hi Brian! Easy enough to get hold of Jules Verne books free on Gutenberg, or cheap enough elsewhere. You may be able to find Hand Of Glory in ebook. Yes, alternative history is great! I love Harry Turtledove especially.

I think I was a bit too young for the Chocolate movie because I don’t remember liking it that much. But delighted to hear it was a book - I will have to read it! So glad to see some plugging of the Guttenberg website – a much underused resource!

Hi Melanie! I think you will enjoy the book better than the movie, now you’re old enough. It’s amazing what you can find on Gutenberg. There are plenty of old works by authors from the golden era of science fiction. Who would have thought you could find stuff by Poul Anderson and Fritz Leiber? And more! I recently unearthed Black Man’s Burden by Mack Reynolds, a book I haven’t seen in years. Even two Agatha Christie novels. They’ve gone out of copyright, and out of print, so there they are, preserved for us to be able to read.