On Looking At My Own Books Years Later...

Yesterday I was doing a school visit. It was a freebie to the primary school down the road from mine, a favour as we are always bring urged to communicate with our feeder schools. I could say a few things about the enthusiastic young teacher who organised it as part of her annual "writers festival" in which she invites "emerging writers"(I'm not, but I do work nearby...) to speak for free and then gets them to run writers' workshops for entire year levels - mine was 3 and 4 - without so much as offering them lunch or a small thank you gift, even a bunch of flowers or a box of chocolates, but that's for another day and not really the subject of this post.

Anyway... I rummaged among my books, thinking to take a few with me in case the chance came to show them off, and what should I find but two copies of my chapter book The Sea's Secret, originally published here by Pearson. The second copy was the U.S. edition, published by Sundance, with the same cover and internal art, but there the similarities stopped.

**Looking for an image of the cover online, I found this! 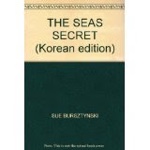 I never knew! I must have received royalties for it among all those"copies sold overseas" on my statements, but this is the first I've seen of it. I assume it must be legitimate as it was being sold through Amazon.**

So, they never sent me a copy of the Korean edition, but they did send me the U.S. one and oh, my, the differences! In Australia they changed my siblings from Hanna, Ariel and Nehama to Hannah, Adam and Nehama(the most unusual name was the one left) and one or two minor characters had name changes, eg my teacher Mr Pearl became Mr Goldman because, well, there was a pearl in an oyster at the start of each chapter. But that was about all. Barring a sentence here and there, it was the story I wrote.

The U.S. edition was another matter. Here, to start with, the siblings were Hanna, Adam and Nicole(Nehama too difficult? Or maybe not right for the African American children my three vaguely Jewish  siblings had been turned into? I have no idea). A character called Soula, the sister of my young, vaguely Greek artist, Nick, became Nina. Mr Goldman was Mr Patmore(why?). There was an entirely new character, a Principal called Mr Taylor, to replace(female)Principal Cartwright. Not just a change of name, but an addition. Halfway through the book! The dialogue and even the ending had been extensively rewritten to the point where I recognised the basic storyline but not much more.

Education publishers can do this without bothering to tell you, due to "everything but your firstborn and we might ask for that too" contracts, though at least there are usually good royalties after a while, because the U.S. market is huge. My royalties for this title were small, as chapter books have a much smaller run and shorter  shelf life than non fiction. I have a non fiction education title published by Cengage for which I am still getting an average $1000-2000 a year in royalties after thirteen years! And when you realise that those are paid as about five per cent of the net, I'm doing very well. Time Travellers: Adventures In Archaeology is my bestselling title of all time, due to the U.S. market.

From what I hear, education publishers here no longer give royalties at all. Hopefully the flat fee is good, anyway, but I can imagine what they do to the books now under their full control.

This morning, by accident, I found this book. 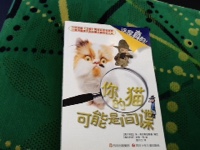 Yes! It's the Chinese edition of this book.

It was published some years ago by Allen and Unwin and I'd forgotten about the Chinese edition. There was a North American edition, retitled This Book Is Bugged, the cover almost as good, though, as my editor said, "I'll miss that cat!"

That one is now only available as Print On Demand, but you can still get it. And kids love it. I never got any royalties on it, even though all the copies sold out, because 4000 of the run of 6000 copies were sold through Scholastic's Book Club and that pays less than an education title.

Sigh! Is it any wonder I still have a full time day job?

If you want to make me happy, how about ordering a copy of Cat or Bugged for the youngster in your life? :-)

Posted by Sue Bursztynski at 7:54 PM