A Visit From Juliet Marillier!

I'd like to welcome Juliet Marillier to The Great Raven for her second visit. The first time was when she was interviewed about her Irish-themed Sevenwaters series by my student Thando Bhebe, herself a keen writer and big fan of Juliet's. Check it out here. 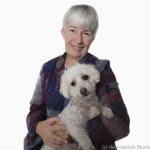 First, the standard opening question: how did you get the idea for the Shadowfell novels?

My imagination was sparked by the events of the ‘Arab Spring’ in which there were popular uprisings against several repressive regimes in the Middle East. I asked myself what sacrifices an ordinary person would have to make in order to stand up, and keep on standing up, against extremely powerful enemies. A rebel has to give up almost everything: home, family, relationships, friendships, in the name of the cause. I wanted to write about what the fight for freedom might truly cost. The Shadowfell series follows a group of young protagonists through that struggle.   I also asked this question: is it ever OK to do bad/violent acts for the greater good? This is a moral dilemma the rebel spy, Flint, has to deal with every day. Neryn also faces it when some of her early attempts to use her gift go wrong. I wondered what sort of burden that lays on a person, and if that burden ever lifts.

Why the Scottish theme?

My ancestors are from that part of the world and I love the place and culture. Alban is very loosely based on Scotland, but the Shadowfell series is not real history. Even the geography is approximate! In order to allow the uncanny elements of this story full play, I didn’t try to squeeze it into a historical context. But I do love the Scottish flavour of the series and the use of dialect for the cast of Good Folk. Again, this is not historically accurate – the dialect, which my characters speak in light, middling and broad forms, belongs to a later period than the story suggests. The setting was never intended to be real history. (After all, it’s full of magic!)

Did you ever consider setting it in historic Scotland instead of your own version thereof?

No. The uncanny and magical elements are just too big to fit within the confines of known history.

If it had been set in our own world, around which historic period would it be?

If I had to pick a time period it would be loosely the time of the Picts. But as mentioned above, this does not fit with the use of Scots dialect, which belongs to the Scotland of the clans. I built the world of Shadowfell with a combination of research, informed guesswork and imagination.

Which, if any, of the Good Folk in your novels are inspired by beings from real folklore?

The brollachan, Hollow. The urisk, who lives behind waterfalls and weeps from loneliness. You have to be careful not to answer or you’ll have him trailing along after you forever. The selkie. In Raven Flight there’s a particularly appealing selkie character known as Himself, who is the partner of the powerful Hag of the Isles. There are various hags in Scottish folklore too, though this one was my own invention. The general name Good Folk is used collectively for Scotland’s uncanny beings. You have to call such beings nice names like Good Folk or Fair Folk. Otherwise they may play nasty tricks like turning your milk sour or pulling the washing off the line!

Your Good Folk are somewhat human like in their emotions and they can be killed quite easily - is this based on any real folklore or is it your own idea?

Cold iron is traditionally a bane to uncanny folk, so they can easily be killed or hurt by iron, yes, and they can be killed by powerful magic. The way this all works in the book is partly based on folkloric research and partly on imagination.

There are a number of discussions on Goodreads in which some fans are arguing that your heroine, Neryn, is rather too nice. Would you agree or disagree with this? Why?

Neryn has been through an incredibly traumatic time at the start of Shadowfell, and has only survived because of her inner strength. Her gift as a Caller (a person who can communicate with the Good Folk and get them to cooperate with humankind) is both powerful and perilous. The nature of that gift means that from the start she has a natural empathy for both uncanny and human people, even the deeply flawed ones. If that were not so, her attempts to use her ability could be disastrous and destructive. This is developed further in book three, The Caller.  I work hard on all  my characters (for me this is one of the most interesting parts of writing.) I do my best to create individuals whose actions, reactions and psychology feel real and authentic to me.

How much research did you have to do for these novels?

I know Scotland and Scottish culture pretty well already, but I did some reading about the geography and the seasons, and I studied the folklore afresh before starting the series. I revised my knowledge of Scots dialect, though in fact that came pretty naturally, thanks to my upbringing in the very Scottish New Zealand city of Dunedin! I also consulted some Wiccan and druid friends about elemental lore, since on her path to becoming a fully-fledged Caller Neryn has to learn the magic of earth, air, fire and water. As a practising druid I have some knowledge of this, but talking to a few wise people broadened my understanding.

Do you have a favourite character in the first two books? (No spoilers for the third! Some of us haven't been able to read it yet)

Difficult to choose just one, as I love many of the characters, but I’d probably choose Sage, the little wise woman of the Good Folk who is Neryn’s mentor. And I love the conflicted anti-hero Flint, who gets a bigger role in the third book.

Are you working on something now? Tell us about it.

I have an exciting new project on the go – an adult fantasy series called Blackthorn & Grim, which is darker and grittier than my usual work, with a mystery element. I’ve just completed the first book, Dreamer’s Pool, which will be published in November 2014 by Pan Macmillan Australia and Penguin US. Those readers who found Neryn too nice might like the main female character of this series, the embittered wise woman Blackthorn, who could not possibly be described as nice, though she has her reasons for that!

The Blackthorn & Grim series has some elements that will be familiar to my readers: fairy tale magic, a love story, an Irish setting. But it’s a departure in several ways. Each novel has a stand-alone mystery story, and the same two central characters appear in each book. My protagonists are older and more damaged than the leads in my earlier novels. Dreamer’s Pool has three narrators, two male, one female, who alternate chapters. I hope readers are going to love this series.

More about Juliet and her work at: www.julietmarillier.com

Posted by Sue Bursztynski at 1:00 PM