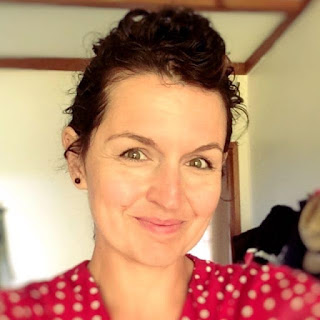 Today’s guest post is by Kiwi author Angela Armstrong, who has a new book coming out soon, but who has had to write it under very difficult conditions! I’ll let her tell you herself ,  but I really must take off my hat to someone who didn’t let the pandemic or lack of a proper home deter her from getting the book done. Take it away, Angela! 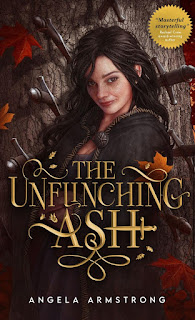 In a world like ours, Mystics once ruled the night. Well, so long as they were men.

On Ash’s day of naming, she chose the Mystic path nonetheless. The same illusions that garner gasps of awe from the lamp-lit crowds earn her scorn from the basilica.

There is only one way forward: a perilous quest -- earn the Queen’s Seal, a badge of honour, and immunity.

She’ll simply have to avoid being hanged, burned or drowned first.

Our family began house-sitting as a way to explore New Zealand and different versions of “living a beautiful life.”  Home-schooling and writing, as lifestyle choices, offered us the flexibility, and my kids’ love for animals is never satiated, so we got hooked, hard.  We’d bottle-feed lambs for a week near paradisiacal sounds or walk dogs on picturesque beaches, and enjoy beautiful lodging in return, and then we’d go home to Dunedin.

As time went on, we saw longer house-sit opportunities advertised, and an idea began to take root.  When a year-long house-sit in Northland came up, my husband and I looked at each other and said, “This is it.  It’s time to leave.”  We consulted the kids, and they agreed.  Our family geared up for our next grand adventure – starting over in the winterless North after decades in the deep South. First: to be chosen for The Big Sit.

I flew up first to be interviewed by the house-owners, who had a selection of eager candidates to consider.  I flew back to deliver the news they’d picked us – we could spend a year living rent-free looking for where we wanted to buy our next home, and I could really write this book I’d started!

That’s how we ended up selling all of our furniture and stacking our material world into a shipping container and saying goodbye to a city we loved.

While the house-owners prepared for their motorcycle trip through Russia, I lamented sliding my beloved manuscript of The Unflinching Ash to the backburner with the promise: I’ll be back.  To sour the pot, the editor I’d been working with from a major publishing house was made redundant in a restructure, and I wasn’t sure if the agent I’d secured since was a great match.  But I’d figure all that out after we were settled in the year-long sit.  I’d work on the book in earnest once I had routines on my side.  Once all the moving was over, I’d secure its publication.  Once everything was some semblance of normal.  (Foreshadowing is impossible these days, isn’t it? Because we all know where this is going).

We began our meandering road trip North, our possessions unloaded and waiting in the garage of our home-to-be.

But we never moved into that house, because New Zealand locked down, and the exiting home-owners bound for Russia with it.  We found ourselves at the opposite end of the country without a house and without an immediate plan.  Since that fateful day when all was upturned, we’ve moved from temporary accommodation to house-sit, to house-sit, to house-sit.  Then we managed to buy a section, only to see a skills- and supply-shortage lead to our Plan B (Build a Modest Home Earlier Than Planned) sputter and stall. We haven’t even broken ground.  We’re still house-surfing.  The potential for panic like Poppy Nwosu described in her excellent guest post – has been real.

A month or so into riding out this spontaneous contingency wave, I realised The Unflinching Ash was still a draft, still on the backburner, and my agent wasn’t going to the Bologna Book Fair for the first time in decades.  As another guest-poster put it so well, things in publishing were looking grim.

It hit me that I couldn’t wait for the perfect conditions to reclaim writing, and that no one was going to slide this pot back onto the heat but me. That meant I had to make writing work while we were homeless – or gypsies, if you want to go gently with the connotations.

So I woke early, and I wrote.  I dictated scenes while I did other people’s chores in other people’s homes.  The story I’d sketched in Dunedin was slowly filled in, in other people’s living rooms and in other people’s offices.  I typed at improvised standing desks in an array of kitchens, in libraries all across Northland, in loggias and hallways. I’m typing this guest post now from someone else’s house.  I don’t have a home, let alone an office.  I have surroundings and schedules that constantly change.  But nothing is guaranteed right now, is it? So I’m not waiting.

The Unflinching Ash (the book I finished as a nomad) is available for pre-order now.

Paperbacks will land on Book Depository and in bookstores soon after.

Posted by Sue Bursztynski at 9:46 PM

Thank you! It's been an adventure!

Hi Sue and Angela - good luck for its release on Monday ... congratulations on all the process to this point. You certainly will have lots more stories to tell ... all the best ...
Great guest to have letting us see how she moved and continues to move forward under trying times ... thanks Sue - cheers Hilary

Thanks, Hilary! It means a lot!