Children’s Book Council Of Australia - 2021 Night Of The Notables! 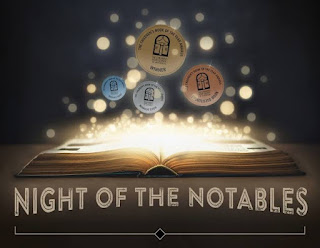 Last night I went to the CBCA Night of the Notables, the celebration of the Children’s Book Council long list - virtually, anyway. The last time I went in person was back in 2019, of course. I saw friends and well known authors and publishers and they fed us, nibbles and drinks, very nice. Yesterday it was on Zoom and I sat comfortably on my sofa, with a bottle of tap water. I hadn’t had time to make dinner, as I went first for an eye test at the Alfred Hospital(as far as I know I’m okay), then to the city to buy a hot plate, because my stove has finally died on me, years after the oven. I will have to make quite a few arrangements for replacing it, beginning with getting my cupboards above the stove   replaced because I need a range hood before any plumber will install a new stove, but I am still doing something about my carpet, so for now, I bought the hot plate, had a cuppa and rushed back for the Night of the Notables.

There were pre recorded interviews with Jane Godwin(publisher, children’s writer and Notable author herself) and Leigh Hobbs, author and artist, whose illustrated books about Old Tom, Horrible Harriet and others have entertained many, many children over the years, and who has done a stint as Australia’s Children’s Laureate. Leigh told us he had based some of his characters on children he had taught when he was a teacher, while Old Tom and his mother were based on his relationship with his own mother.

Finally, before the announcement of this year’s Notables, there was a talk by Bren McDibble, who writes for younger readers - her first novel, How To Bee, won that year’s CBCA Award. She spoke of how there were precisely two books in her country home in New Zealand, something called Baby Island and Frank Herbert’s Dune.  With no local libraries school holidays meant no books at all, as the school library was closed.

She seems to have made up for it since then, and there was a lot of lively discussion of her favourites in the chat section of the Zoom meeting!

I am posting a link here to the CBCA web site, which has the list on it, rather than trying to post all the screen shots I took last night. Check it out, there’s some great stuff there!

I have just joined, to learn stuff and get the news, and they do have forthcoming events, such as the Clayton’s short list, which celebrate books that should have made it to the short list, but didn’t! It’s called Clayton’s because, many years ago, there was an ad for a non alcoholic drink by that name, and the slogan was “the drink you have when you’re not having a drink.”

I noted with interest that the CBCA judges are now handling individual sections - Older Readers, Picture Books, etc - instead of trying to read hundreds of entires in all sections. I do wonder if they were going to do it anyway, or if they took a suggestion I once made in my feedback survey, that this is the way the Aurealis Awards work. I guess I’ll never know, but glad that they have made it easier on themselves; the judges used to read up to 750 books each!

I have only about three of the nominated entries out of the lot, so time to get stuck into them! Then I’ll buy some more, or borrow from  the library.

I’m off to read now!

Posted by Sue Bursztynski at 6:14 PM

I remember Baby Island! It was a Scholastic book club book, I think, a wildly improbable story about some teenage-is girls who got shipwrecked (I think) on a desert island with a whole lot of babies and had to look after them... That's my memory, anyway. Would have been in the mid 70s. I remember one chapter was a crisis when identical twin babies potentially got mixed up :0

Wow, that does sound bizarre, Kate! By the way, congratulations again on your Notable book. I bought it last night on Apple Books, must get stuck into it.

I'm trying very hard not to buy new books because I don't have time to read them. I was doing okay until I saw a book pack by an author recommended to me (Joy Ellis) on sale for $0.99!

Hmm, not sure if this will appear twice but Blogger said there was a problem.

I am trying really hard not to buy any books at the moment because I have far too many in my to be read pile. I was doing okay until an author recommended to me (Joy Ellis) had a boxed set on kindle on sale for $0.99!

*sigh* Either this is third time lucky or you are being bombarded with my comment!

I am trying really hard not to buy any books at the moment because I have far too many in my to be read pile. I was doing okay until an author recommended to me (Joy Ellis) had a boxed set on kindle on sale for $0.99!

Hi Anita! Yes, I am being bombarded! Ther3 doesn’t seem to be a problem, but thanks for trying so hard to get your comment through! 😅

At least you don’t have to find shelf space for ebooks, anyway. My ebook TBR pile is probably as big as yours.