An Interview With Will Kostakis 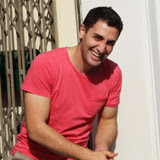 Aussie writer Will Kostakis is the author of several YA novels and some short fiction. His first novel, Loathing Lola, was published when he was in his teens. I was lucky enough to hear him speak at the Centre for Youth Literature at Melbourne’s State Library when only his first book had been published. Since then, every book has been different from the one before, and it has always been a pleasure to discover something new with each. 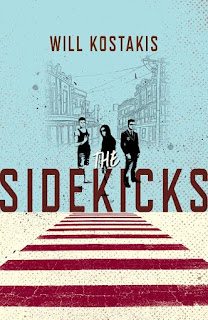 The Sidekicks was published in 2016 and is about three schoolboys mourning the death of a mutual friend. I reviewed it here. 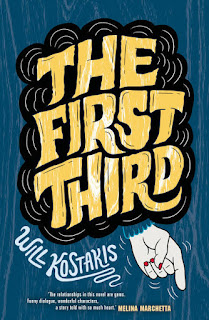 The First Third, which was very popular at my school, is about a Greek boy carrying out his grandmother’s bucket list wishes, to get his family together again. Here is what I had to say about it. 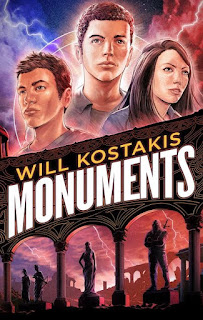 I bought his fantasy novel Monuments at the Melbourne Writers Festival last year, and reviewed it here. We didn’t have to wait too long for the sequel, Rebel Gods, which came out in August this year. I thoroughly enjoyed both books. 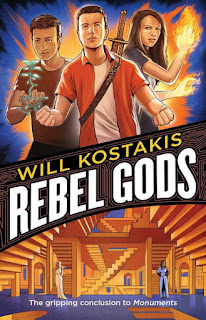 I don’t want to go into too much detail about Monuments here, in case you haven’t read it and want to, because spoilers, but my review will give you enough information to go on with.

Today, Will has been kind enough to answer some questions about the duology. Here they are!

GR: Let’s start with a basic question: how did you get the idea for this duology?

As a kid, my mind would wander. I would press my head against the window of Sydney trains and imagine a sprawling fantasy epic playing out across its rooftops. It was never anything particularly well-formed, and then as I started to tour schools and hear the different rumours about each campus, I realised there was a fantasy idea there: kids raiding the secret dungeons under high schools.

GR: Although all your books are different from each other, they have all, so far, been contemporary fiction. What made you decide to have a go at fantasy?

I had that idea, but I was fearful of giving it a crack. It helped that after the one-two punch of The First Third and The Sidekicks I was worn out. I needed to write something that would make my teenage heart sing. So I returned to that fantasy epic I was dreaming up… What if gods were real and they had been hidden beneath Sydney’s schools, only to be discovered by teenagers.

GR: Many YA fantasy novels either kill off the parents early on, or send them off somewhere far away so that the hero/heroine can get on with their adventures. What made you decide to allow two of your three main characters to have families - and give the parents personalities of their own?

At first, I thought Monuments (at least, the first book), would be almost parent-less. The gods would be the only family I explored. I quickly realised that it felt hollow. My family has played such an important part of my life, writing an absent parent story felt unpleasant to me. So I beefed up Connor’s mother’s role, and it was like the novel came alive. One of my goals with Rebel Gods was to flesh Locky out, he was no longer the “love interest” we’ve known for three days. I felt it was important to see how his family informed his worldview, in the same way that Connor’s informed his. It was also important that Sally, who tragically lost both her parents, was given a story that trended towards hope and healing, and becoming a sister to Connor and looking to his mum as a mother figure was a part of that. Long story short, I set out to write a story that wasn’t family-focused, realised families are a big part of what make my books my books, and then wrote two family-focused books with gods in them.

GR: You have three very different protagonists in these two books. They have to learn to work together quickly, very soon after they meet, yet have different ways of seeing the world. Tell us about Sally, Locky and Connor - and did you plan them out as characters who would be able to work together to save the world?

I always pictured our three heroes would work together to save the world – and have a few arguments in the process, so they needed to be distinct. They are each quite driven characters, but driven by different things: Connor by family, Locky by politics and Sally by grief. Who they are as characters sprouted from there.

GR Is any of the incident where Locky plants that rainbow lawn and annoys the Red Fern pastor inspired by real world incidents you know of? Obviously not the magic, but a late-night guerrilla action of some sort.

It isn’t inspired by one particular incident … More a shout-out to moments of rebellion.

GR: Sydney is almost a character in these two books. How much is real and how much imagined? For example, how many of those places where the Monuments are hidden are based on real places?

The hiding places are inspired by different schools I’ve visited, some merged together, others poorly disguised. But overall, I tried to capture Sydney in its ordinary 2020 splendour, so that there was something for the fantasy elements to pop off.

GR:: Are you considering having another go at writing fantasy? If so, tell us about it.

I would love to return to fantasy some day, but I’ve scratched that itch for the moment. I have a few ideas percolating, but I’m desperate to return to contemporary. The world has changed so much since I wrote The Sidekicks (released early 2016) that I really want to dive into realism again.

GR: Are you basically a plotter or a pantser? Or something in between? You would, of course, have had to plan out Monuments and Rebel Gods to make them work, but are you the sort of writer who prepares elaborate detailed plots or just rough outlines?

I plotted the duology extensively, then Monuments changed so radically in editing that my plan for Rebel Gods had to be tossed out. I’ve found what works for me is: settle of 10 essential scenes and an ending, and thread the needle between them.

I just completed The Greatest Hit, a novella partly set during the Melbourne lockdown, which is out October 27 that I am incredibly excited for people to read. There are a few projects I’m tinkering away on, but mostly, I’m focusing on getting some rest. It’s been a taxing year, professionally and obviously personally (points to everything 2020), so I want to pace myself a little. But you won’t have to wait long for a new book, promise.

Thank you so much, Will, for your great interview. That is especially amazing about your having done such a major re-vamp of your first book and your plans for the second!

If you’d like to to get these, or any of Will’s other books, they are available in ebook format either in Apple Books( ePub) or Kindle, but the paperbacks are also available at any good online store, except, for the moment, Book Depository, which is out of stock with Rebel Gods, but does have everything else.

Posted by Sue Bursztynski at 4:16 AM